Art does seem to imitate reality…or vice versa. As a space probe the size of a fridge lands on a comet after travelling 4 billion miles to reach it, Interstellar, a story about explorers travelling through a wormhole in an attempt to find a potentially habitable planet that will sustain humanity, launches in cinemas across the world.

So to celebrate a mission that scientists describe as landing a fly on a bullet; and a film with an all-star cast and plot that promises to excite science fiction enthusiasts, we thought this would be the perfect weekend to indulge in some intergalactic adventures, immortalised by three space travel films – all on Blu-ray. 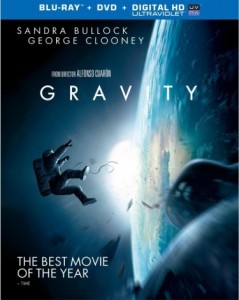 Gravity is a 2013 survival thriller film directed, co-written, co-produced and co-edited by Alfonso Cuarón. It stars Sandra Bullock and George Clooney as astronauts, and sees them stranded in space after the mid-orbit destruction of their space shuttle and their subsequent attempt to return to Earth.

The film grossed more than US$716 million worldwide, making it the eighth highest-grossing film of 2013.

At the 86th Academy Awards, Gravity received a ten nominations and won seven, the most for the ceremony, including: Best Director for Cuarón, Best Cinematography for Lubezki, Best Visual Effects, and Best Original Score for Price. The film was also awarded six BAFTA Awards, including Outstanding British Film and Best Director, the Golden Globe Award for Best Director, and seven Critics Choice Awards.

It’s available in 2D or 3D, and will soon have a Diamond Luxe Edition with even more features. 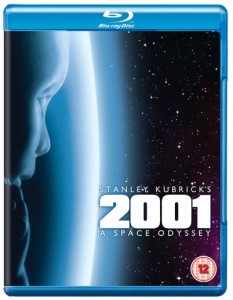 2001: A Space Odyssey is an epic cult favourite – both for its length, scope, and cerebral quality.

The 1968 science fiction film produced and directed by Stanley Kubrick, deals with a series of encounters between humans and mysterious black monoliths that are apparently affecting human evolution, and a voyage to Jupiter tracing a signal emitted by one such monolith found on the Moon. The film uses the trappings of the sci-fi genre to pose genuine questions of sentience, existence, and intelligence.

It is notable for its scientific accuracy, pioneering special effects, ambiguous imagery, sound in place of traditional narrative techniques, and minimal use of dialogue. The film’s memorable soundtrack is the result of the association that Kubrick made between the spinning motion of the satellites and the dancers of waltzes. All of these qualities are amplified with Blu-ray.

2001: A Space Odyssey elicited mixed reaction at the time but developed a cult following and became a box office hit some years after its initial release. It is now universally recognised by critics, film-makers, and audiences as one of the greatest and most influential films ever made. 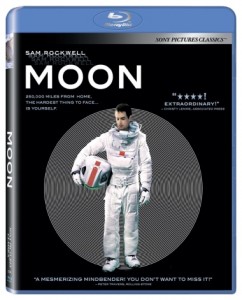 Moon is a 2009 British science fiction drama film co-written and directed by Duncan Jones. The film follows Sam Bell (Sam Rockwell), a man who experiences a personal crisis as he nears the end of a three-year solitary stint mining helium-3 on the far side of the Moon.