Did you see the news this week that The Wolf of Wall Street is the first film ever to be only available for digital projection at US cinemas? If so, we thought this weekend you might feel inspired to check out other films that pushed the boundaries of cinematic technology, in high definition Blu-ray. 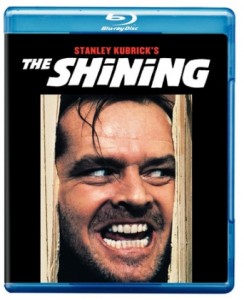 Director Stanley Kubrick used Steadicam to shoot outstandingly innovative sequences in the 1980 horror flick, The Shinning. With ultra-creepy cinematography, Kubric electrifies this classic horror movie about a family trapped in the haunted Overlook Hotel. The Blu-ray comes replete with spine tingling extras too, including interviews with the Steadicam inventor Garrett Brown, and features on the development and production of the movie. 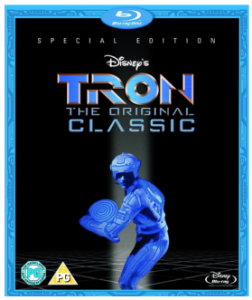 A movie inspired by video gaming, and the first film ever to use CGI, Tron, is a must-see for technophiles. Using technology that was truly state of the art at the time of its original release, the film painstakingly constructs the story of a computer programmer who becomes trapped in his own video game. With a 1080p transfer and DTS-HD Master Audio 5.1 surround sound, the Blu-ray version ensures this movie looks as cutting edge now as when it was originally released in 1982. The Blu-ray also brings the story to life with in-depth features looking at how the production crew were able to create the special effects back in the early 80s. 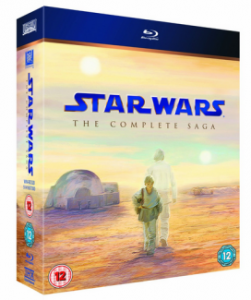 From the creation of lightsabers in the original 1970s movies, to introducing Ja Ja Binks, the world’s first fully CGI character and using only digital cameras to shoot Episode II: Attack of the Clones, the Star Wars saga, has truly pioneered innovative cinematography. The story follows the adventures of Jedi, robots and aliens inhabiting a fictional galaxy as they do battle with the forces of evil in an epic struggle. The complete saga compromises a nine disc set with over 40 hours of bonus content including new documentaries, deleted, extended and alternate scenes and never before seen archive footage alongside a whole list of other features hosted by none other than C-3PO, R2-D2 and Luke Skywalker.