Twitter was abuzz this week after Zack Snyder, director of the upcoming Batman vs. Superman movie, revealed the first photo of the new Batmobile. So, this weekend we thought we’d take a look at some of the other most iconic cars in cinematic history. If you want something to watch this weekend, why not check one out! 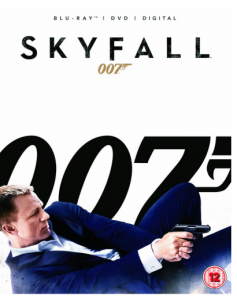 Skyfall, the latest James Bond movie, puts one of the most iconic cars in the franchise’s history, an Aston Martin DB5 through its paces in a series of explosive action sequences. Skyfall is officially the biggest grossing British film ever, and according to the Guardian, “the best”in the Bond franchise thus far. Taking a grisly interpretation of the original Ian Fleming novels, the story follows Bond (Daniel Craig) after his latest assignment goes cataclysmically wrong, and a NATO file listing all undercover agents goes missing. There are steely performances from Judi Dench as Bond’s boss, M, and Ralph Fiennes as Gareth Mallory, the new Chairman of the Intelligence and Security Committee, who hopes to get rid of her. The Blu-ray includes a commentary by the director Sam Mendes and producers Barbara Broccoli and Michael G. Wilson, as well as behind-the-scenes footage, deleted scenes and clips from the Skyfall premiere. 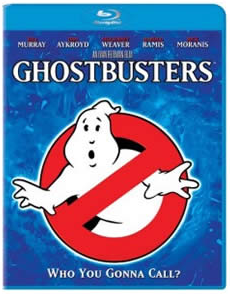 The Cadillac ECTO-1 ambulance featured in the 1984 classic, Ghostbusters, has proven so popular, that even thirty years on some fans are building replicas of this vehicle for themselves.  Bill Murray, Dan Aykroyd and Sigourney Weaver star as three psychologists who are convinced that ghosts exist. The trio set up Ghostbusters, and cruise the streets of New York in their ECTO-1 for ghouls and poltergeists in the face of relentless ridicule. However, the initial scorn soon transforms into celebrity when they are proved right and paranormal activity goes through the roof with New York becoming infested by ghosts. But with sceptical and interfering officials and a larger, more powerful threat lurking in the background, the Ghostbusters are seemingly the only ones who can prevent the apocalypse. 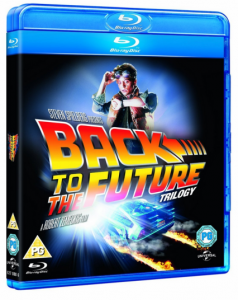 Back to the Future Trilogy

In July 1985, millions of spellbound viewers embarked on a high flying voyage across the space-time continuum in the first of a trio of wildly inventive tales that broke box office records around the world. The voyage itself was enabled by the nuclear powered by the unforgettable DeLorean time machine. The Blu-ray trilogy features all three parts of this incredible story as well as a brand new six part retrospective documentary featuring all the main cast and crew, a storyboard sequence of the original proposed ending, 16 deleted scenes and feature commentaries with producers Bob Gale and Neil Canton.