Robert De Niro returns to the big screen this weekend as The Intern begins appearing in cinemas across the world. He plays Ben Whittaker, a 70-year-old widower who becomes the first ever senior intern at an online fashion site, founded and run by entrepreneur Jules Ostin (Anne Hathaway). It’s a feel-good comedy that reminds us that growing old doesn’t have to mean becoming stagnant!

To get you in the mood for The Intern, we’ve put together three films we think demonstrate the wilder side of retirement. Let us know in the comments if there’s any we’ve missed. 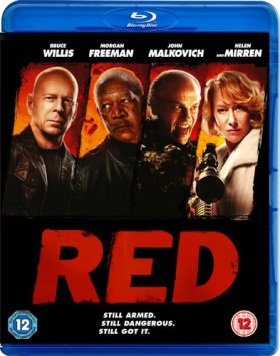 Bruce Willis, Morgan Freeman, John Malkovich and Helen Mirren team up in this action comedy about a group of ex-special forces operatives that have been declared RED (Retired Extremely Dangerous). After Frank Moses (Bruce Willis) survives an attempt on his life, the friends must work together to uncover a conspiracy which threatens all of their lives.

The Blu-ray comes with a HD-only feature called Access: Red, which flashes facts and features on the screen while the movie plays. There’s also an Easter Egg, accessible by highlighting the Special Features tab and pressing down on your remote. Enjoy! 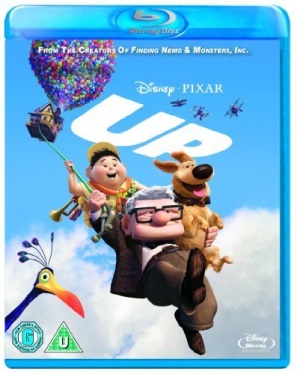 This 2009 Disney Pixar animation is a heart-warming story about Carl Fredrickson, a retired balloon salesman and widower who embarks on a wonderful adventure to South America in a floating house. However, he inadvertently takes along a passenger – an eight-year-old boy named Russell – who is trying to get an Assisting the Elderly badge. The two encounter a number of wonderful characters along the way, discovering a land more incredible than either of them ever thought possible.

As with many Disney Pixar movies, this Blu-ray comes with a number of short films which are well worth watching. Up also comes with commentary and an interactive board game, both of which are exclusive to Blu-ray. 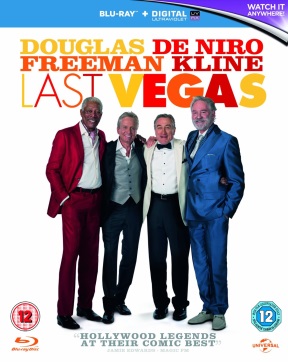 Lifelong friends Billy (Michael Douglas), Paddy (Robert De Niro), Archie (Morgan Freeman) and Sam (Kevin Kline) have been waiting years for the sworn bachelor of the group, Billy, to get married. When he finally proposes to his much younger girlfriend, the group see it as an excellent opportunity to relive their youth, and plot a hilarious trip to Sin City.

Last Vegas includes a trio of special features exclusive to Blu-ray, including a behind-the-scenes look at the party, a feature on shooting in Las Vegas, and interviews with the supporting cast.