After years of speculation, last month it became official – Ghostbusters is returning to the big screen. But rather than pick up after the events of the first two movies, or feature the old team passing the torch to a new generation, director Paul Feig has spoken about a complete reboot with a new origin story and an all new female team. So in honour, we thought we’d look back at some of Paul Feig’s previous work, and of course the original Ghostbusters, which are all available to enjoy on Blu-ray. 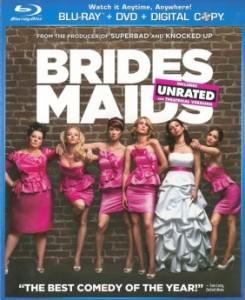 Maid of Dishonor is more like it for hapless Kristen Wiig as she leads soon-to-be-wed best friend Maya Rudolph down a comically disastrous path to the altar in this hit comedy that opened the world’s eyes to Feig as a movie director. Strapped financially and emotionally, Annie (Wiig) is fiercely protective of her ‘maid’ duties for her lifelong pal. Enter picture-perfect bridesmaid Helen (Rose Byrne) whose thunder-stealing moves only serve to expose the increasingly frazzled Annie’s shortcomings-and leading to a hilarious series of calamities involving everything from food poisoning to an epic bout of in-flight intoxication. The Blu-ray includes tonnes of extras, including theatrical and unrated versions of the film, deleted scenes, commentary and making of documentary. 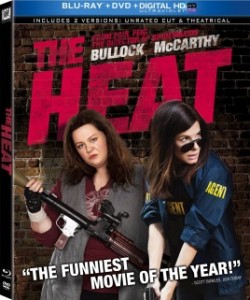 Continuing Feig’s run of comedies featuring women, Oscar winner Sandra Bullock and Oscar nominee Melissa McCarthy team up in this outrageously funny movie. Uptight FBI Special Agent Sarah Ashburn (Bullock) and foul-mouthed Boston cop Shannon Mullins (McCarthy) couldn’t be more incompatible. But when they join forces to bring down a ruthless drug lord, they become the last thing anyone expected…buddies. As with Bridesmaids, there are loads of special features to enjoy – including more bloopers, documentaries and commentaries. 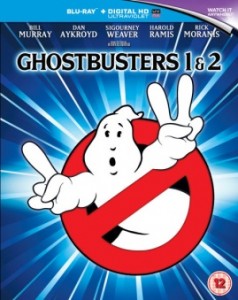 The classic supernatural comedies that defined a generation: Ghostbusters and Ghostbusters 2, are available together in a special collector’s edition Blu-ray set. Celebrate 30 years of the Ghostbusters franchise with remastered high-def picture and sound for both movies, plus all-new and never-before-seen special features including deleted scenes, interviews with the cast and the iconic music videos.