Tomorrowland, Disney’s new adventure movie, starring George Clooney is out in cinema today. Because George is such a Hollywood super star who has made some great film choices, we wanted to recommend devoting a weekend to ripping through five action films (when you factor in the trilogy) in which Mr Clooney brings his trademark ‘cool’. 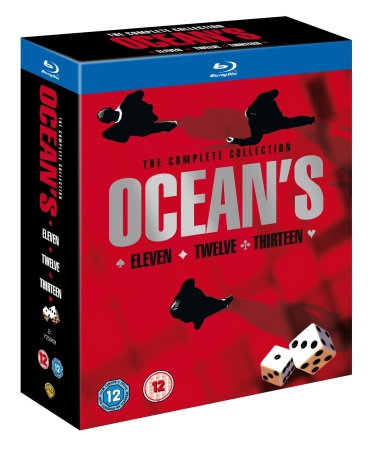 You can now watch the Ocean’s Trilogy, in a four-disc set containing some of the finest old-style caper entertainment seen on the big screen in years.

George Clooney, playing Daniel Ocean, effortlessly charms his way through all three films with real panache. Supported by a stellar cast of fellow conmen (including Brad Pitt and Matt Damon), Daniel Ocean pulls off a daring casino heist. It’s an immaculately packaged, styled, slice of Hollywood entertainment.  Each film is accompanied by its own supplements. Features include the making of each film, a portrait of the original eleven members of the Ocean’s crew and a retrospective account of the original Rat Pack. 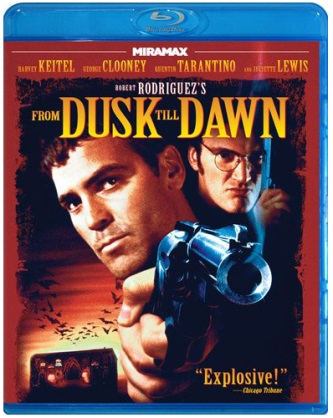 From Dusk Till Dawn

From Dusk till Dawn is a 1996 American horror-crime thriller film directed by Robert Rodriguez and written by Quentin Tarantino. Tarantino and George Clooney play a pair of bad-to-the-bone brothers named Seth and Richie Gecko. After a string of robberies and a mounting pile-up of bloody bodies, the sadistic siblings head to Mexico. Once south of the border, they enter a bar to meet a local thug. After a couple of drinks, they realize the entire place is teeming with vicious, blood-sucking vampires.  From Dusk to Dawn is an off-the-wall, wonderfully unique cult classic and an apt illustration of Clooney’s chameleon skills. 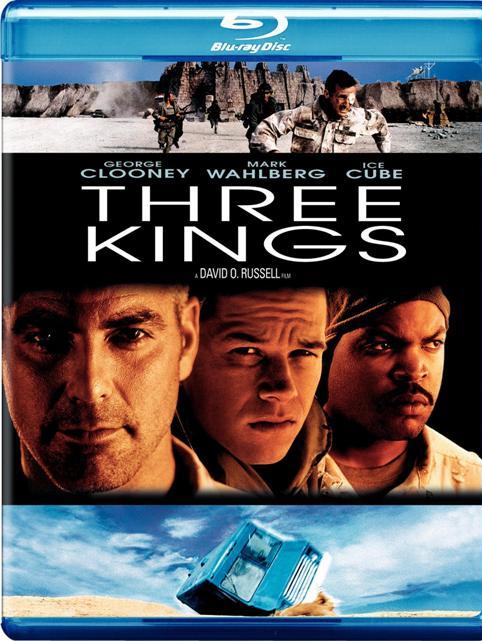 Three Kings is a masterpiece. As if often the case in Clooney’s films, a political undercurrent bubbles throughout the film. Three Kings follows three soldiers’ changing perception of the situation in Iraq.

In the beginning, Sgt. Troy Barlow (Mark Wahlberg), Chief Elgin (Ice Cube) and Sgt. Maj. Archie Gates (George Clooney), embark upon an unauthorized mission to steal gold bullion looted by Saddam Hussein’s troops and buried in secret bunkers.  The movie then unreels with breakneck energy; death and violence are a drumbeat in the background of every plot point.

The soldiers witness the disturbing results of the war effort; notably the lack of American support as the Iraqi people rise up and are slaughtered for listening to President Bush. In these chilling scenes the soldiers rethink who they are and what they’re doing.