Last week brought the news that one of the most loved video game characters of all time, Sonic the Hedgehog, will be starring in his own feature film. In honour of Sonic’s cinematic debut, we’ve pulled together a list of some of our favourite Blu-rays inspired by video gaming for you to watch this weekend. 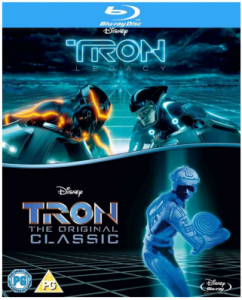 A movie inspired by video gaming, and the first film ever to use CGI, Tron, is a must-see for gamers. Using technology that was truly state of the art at the time of its original release, the film painstakingly constructs the story of a computer programmer who becomes trapped in his own video game. With a 1080p transfer and DTS-HD Master Audio 5.1 surround sound, the Blu-ray version ensures this movie looks as cutting edge now as when it was originally released in 1982. The Blu-ray also brings the story to life with in-depth features looking at how the production crew were able to create the special effects back in the early 80s. The sequel, Tron Legacy, is also available separately, or as part of a two disc set. 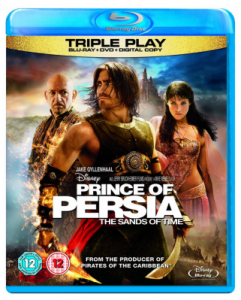 Prince of Persia: The Sands of Time

Prince of Persia was successfully adapted from a video game to the big screen in 2010.  Starring acclaimed actors Jake Gyllenhaal as adopted Prince Dastan and Gemma Arteton as Princess Tamina, this Arabic adventure follows the quest for a magical dagger with the power to control time. Serving up all the ingredients of a great action film with its epic fight scenes and special effects, this is an ideal film for high definition viewing. 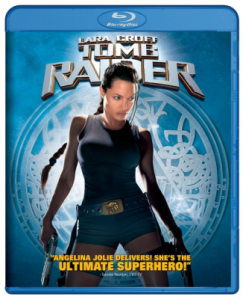 Jolie became a household name after her stint as Lara Croft, the heroine of the video game classic, Tomb Raider. Lady Lara is an adventuress and explorer, who is commissioned to hunt out the Clock of Ages and save the fate of mankind. The Blu-ray is jam-packed with features and includes a director’s commentary which looks at how Jolie worked to bring Lara to life, deleted scenes and some pieces on bringing the video game to life.