This weekend, Lady in the Van, the latest British comedy starring Dame Maggie Smith, begins appearing in cinemas across the UK.

Lady in the Van is based on true events which happened to screenwriter Alan Bennett. Maggie Smith plays Mary Shepherd, an eccentric and charismatic homeless lady who befriends Bennett after he agrees to let her park her van – which she sleeps in – in his drive. What started as a temporary arrangement lasting a couple of nights ended up with her staying there for 15 years.

Bennett documented his time with Miss Shepherd in the form of a play, which has now been transferred on to the big screen. To get you in the mood, we have listed our favourite stage to screen adaptations. 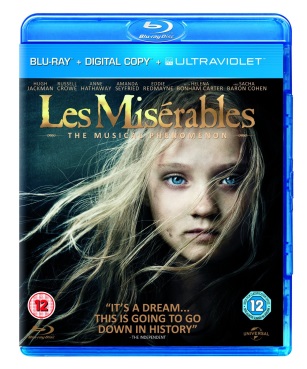 It was surely only a matter of time before one of the world’s most famous musicals made it to the film world, and when it did, it did so in a big way.

With an all-star cast including Hugh Jackman, Russell Crowe, Anne Hathaway and Helena Bonham Carter, Les Misérables tells the story of Jean Valjean (Jackman), a prisoner who is chased by a ruthless policeman (Crowe) after breaking his parole.

Les Misérables looks stunning in 1080p Blu-ray, bringing 19th Century France to life in front of your eyes. For fans of special features, the Blu-ray includes over an hour of behind-the-scenes and production footage, including a look at how the singing parts were recorded.

The Woman in Black

While it may have been a novella before it was a play, The Woman in Black is currently the second longest-running production in London’s West End, so we think it’s safe to count it!

Daniel Radcliffe leaves his wizarding roots behind in this spooky tale about a lawyer who – following the death of his wife – takes on a case in the remote village of Cryphin Gifford in order to save his job. He is instructed to examine the paperwork of Eel Marsh Manor, after the death of the estate’s owner. What he discovers is the restless ghost of a woman dressed in black, who haunts the manor and the surrounding village.

Bonus features include a behind-the-scenes look at how the filmmakers created “the perfect thriller”, an interview with Daniel Radcliffe where he discusses his role, and a collection of trailers. 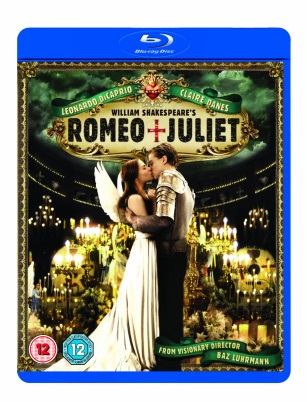 Perhaps one of the world’s most famous plays, Shakespeare’s Romeo and Juliet has seen many adaptations over the years, but perhaps none as instantly recognisable as Baz Luhrmann’s Romeo + Juliet.

The Blu-ray comes with a number of special features, including a fifty minute look at the music of the film, interviews with Baz Luhrmann as he takes us behind the scenes, and sit-downs with the cast and crew.