This week, the Guardian reported that the Arctic Monkeys’ lead singer Alex Turner will be writing a new superhero film; joining many other famous musicians have turned their hand to film over the years. So if you’re stuck for something to watch this weekend, you could always try one of the following Blu-rays, all featuring some well-loved musicians. 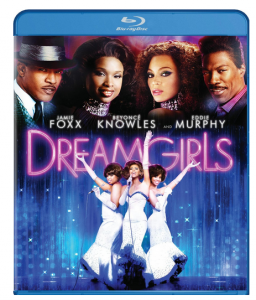 Beyoncé Knowles and Jennifer Hudson bring their musical talent to the fore to capture the spirit of Motown. Deena (Beyoncé Knowles), Lorell (Anika Noni Rose) and Effie (Jennifer Hudson) are an aspiring girl group, snapped up by keen eyed music manager Curtis (Jamie Foxx). Sensing greatness and fortune, the trio star as backing singers for James “Thunder” Early (Eddie Murphy) until it becomes clear the trio are destined for greater things and they take centre stage with their own act. Special features include no less than twenty deleted and extended scenes, feature length documentary Building the Dream, interviews with the cast and crew, a look at the screen tests, costumes and choreography, musical numbers and much more. 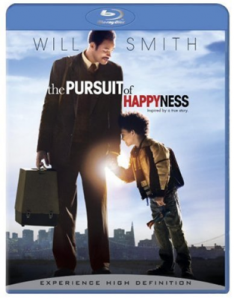 The Pursuit of Happyness

IGN Movies thought Will Smith gave “the performance of a lifetime” in The Pursuit of Happyness. After his business goes bust, salesman Chris Gardiner’s (Will Smith) wife leaves him, and he finds himself homeless. Chris is given custody of his eight year old son, played by Will’s real life son Jaden Smith. Down and out, Chris is offered a once in a lifetime opportunity to become a stockbroker. You will find yourself rooting for Chris and his son as they battle poverty in pursuit of a better life. 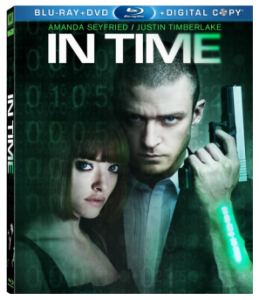 Justin Timberlake turns his hand to acting for the stylish action thriller, In Time. The movie is set in a dystopian future, where people have been engineered to live only to the age of 25. The rich are given the means to buy themselves extra time, but the poor are left to fend for themselves. Justin stars as the poor Will Salas, who abducts heiress Sylvia Weis (Amanda Seyfreid) in a desperate bid for survival. The Blu-ray features deleted scenes and a spoof documentary to show how immortality was discovered.