Following on from 2003’s hugely successful Finding Nemo, Disney Pixar’s Finding Dory lands in cinemas this weekend, much to the delight of animation fans everywhere.

Dory, who featured heavily in Finding Nemo, is a blue tang fish who has an incredibly short memory span of just ten seconds. All she can remember is that she was separated from her parents as a child, and embarks on an epic adventure to find them with her friends Nemo and Marlin.

To get you in the mood for Finding Dory, we’ve picked our three favourite underwater adventures available now on Blu-ray: 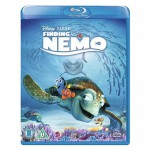 Of course, this list wouldn’t be complete without a hat tip to Finding Nemo, the film that has led us to Finding Dory.

Arguably one of Pixar’s most iconic films, Finding Nemo tells the story of a young clown fish who is separated from his father – Marlin – after he swims out of the Great Barrier Reef. This leads to an epic search which takes Marlin out of the safety of the reef, and into the unchartered waters towards mainland Australia.

The Blu-ray comes with a plethora of special features, including a roundtable discussion with the film’s producers, deleted scenes, trailers, art reviews and much, much more. A remastered 3D version of the film is also available.

If you like your fish with a little more teeth, you should definitely check out the seventies Spielberg classic, Jaws.

When a large man-eating shark terrorizes the inhabitants of Long Island, local Sheriff Martin Brody must act as middleman between a frightened local community and a town council which is eager to play down the deaths. As the death toll increases, Brody heads off on a shark hunt with marine biologist Matt Hooper to track down the monster and end the panic. But as it turns out, they’re going to need a bigger boat.

The Blu-ray comes with a number of special features, including a documentary about the Jaws legacy, deleted scenes, outtakes, and a vintage making-of featurette.

Definitely one for our older readers, Piranha 3D demonstrates that not all fish are cute and loveable!

When 50,000 young revellers descend on Lake Victoria for spring break, nobody

could have predicted the dangers that lay beneath the water. As the party rolls on, thousands of pre-historic flesh-eating piranhas are disturbed from their hibernation, and hungry from years of deep sleep, begin to feast upon the party-goers. Now, a motley crew of strangers must stick together to try and stop the monsters before the death toll rises.

This cult classic comes with a number of special features, including audio commentary with director Alexandre Aja and two producers, as well as a behind-the-scenes documentary and a score of trailers.