With the long Easter weekend upon us at last, we thought perhaps you’d like to keep the whole family entertained with some of these charming, recently released Blu-ray Discs. Happy Easter! 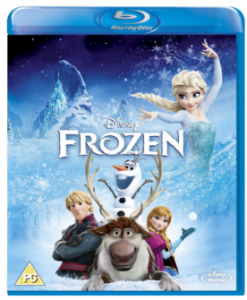 Disney’s latest Blu-ray should enchant the girls. Frozen provides a new twist on Hans Christian Andersen’s legendary fairy tale, The Snow Queen. Kristen Bell stars as Anna, a strong willed Princess who is tasked with the mission of bringing her sister, Elsa (Idina Menzel) home after her icy powers have bought eternal winter to their Kingdom. This enchanting story takes Anna on a magical journey, where she encounters a charmingly friendly reindeer, talking snowmen and even an abominable iceman. The film has proved to be another hit for Disney, winning the Award for Best Animated Feature at this year’s Oscars. The Blu-ray comes with a ton of special features including deleted scenes, a director’s commentary and a piece on modernising the original fairy-tale. 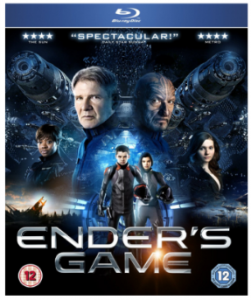 Gavin Hood’s epic sci-fi flick Ender’s Game is sure to keep the boys occupied. Set 70 years in the future, earth has been invaded by the Formics, a technically superior insectoid species looking for water. It falls on 11 year old boy genius and master gamer Ender Wiggin (Asa Butterfield) to save the human race. Harrison Ford stars as Colonel Graff, a military official who must help Ender prepare for battle. An adaptation of Orson Scott Well’s best-selling novel, this film will give you a “front row seat in what is a powerful, disturbing and thrilling experience”. With grand visuals, a booming DTS-HD Master Audio 7.1 soundtrack and a whole host of special features including commentary from director Gavin Hood, this film seems like it was made for Blu-ray.

For boys, girls and grown-ups alike, the hilarious and heartfelt Monsters University offers a treat for all the family. A prequel to the critically acclaimed Monsters Inc, Monsters University takes a touching look at the relationship between the inseparable stars of the original movie, Mike (Billy Crystal) and Sulley (John Goodman), while they were at university. The Blu-ray comes complete with a special feature on creating the stunning CGI in the movie, an audio commentary and deleted scenes.