Last week it was announced that a movie based on Tetris is in development. While this might sound strange, there are plenty of other movies that have been inspired by the world of computers and gaming. Here are some of our favourites, all available to watch on Blu-ray this weekend. 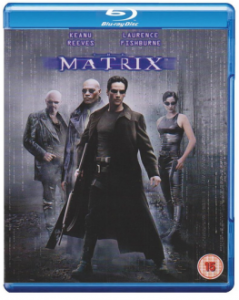 Depicting a dystopian future, in which the reality perceived by most humans is actually a simulation generated by an all-powerful computer, The Matrix was one of the biggest films of 1999. The film acted as a springboard for Keanu Reeves’ career, and also starred Laurence Fishburne, Carrie-Anne Moss and Hugo Weaving. The Matrix was one of the first movies to use “bullet-time” action sequences; slowing action sequences down while the camera provides a 360 degree view of what is going on. Supplementary features include an in-depth two hour documentary on the making of the film, as well as audio commentaries with the special effects artists and a photographer’s gallery. 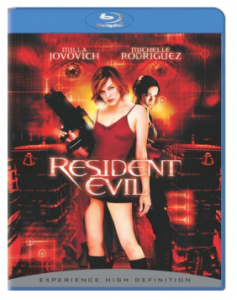 Filled with spectacular action sequences and fantastic production design, this videogame-based tale sees a special military unit fight a powerful, out of control super computer. Milla Jovovich and Michelle Rodriguez lead the charge as Alice and Rain, two Special Forces commandos desperately trying to save humanity. The Blu-ray comes with some exclusive bonus content, including a piece on adapting the video game to film, creating the sets as well as deleted and extended scenes. 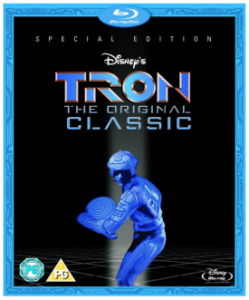 A movie inspired by video gaming, and the first film ever to use CGI, Tron is a must-see for computer games fans. Using technology that was truly state of the art at the time of its original release, the film painstakingly constructs the story of a computer programmer who becomes trapped in his own video game. With a 1080p transfer and DTS-HD Master Audio 5.1 surround sound, the Blu-ray version ensures this movie looks as cutting edge now as when it was originally released in 1982. The Blu-ray also brings the story to life with in-depth features looking at how the production crew was able to create the special effects back in the early 80s. The sequel, Tron Legacy, is also available separately, or as part of a two disc set.