Filmed over 12 years with the same cast, Indie movie, Boyhood, this week wowed critics with its portrayal of a young man coming of age. So this weekend, we thought you might want to contemplate the passage to adulthood with some of these Blu-ray movies about growing up. 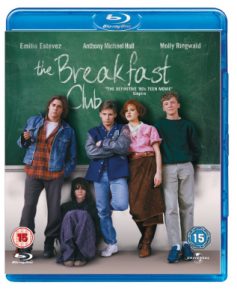 Often cited as the definitive coming of age movie, the Breakfast Club follows five high school students trapped in a day long Saturday detention. At first it seems like each of the students is very different, but as they begin to pour their hearts out to each other, it turns out they have a lot more in common than they thought. The Blu-ray comes with a commentary, a series of indepth features on each of the characters. 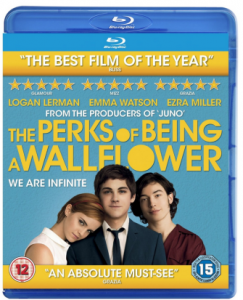 The Perks of Being a Wallflower

Stephen Chbosky’s big screen adaptation of his book “The Perks of Being a Wallflower” tells the story of a troubled and introverted teen, Charlie. It is a a coming of age story which follows Charlie as he finds love, new friends and new experiences when he starts at his new school. But nothing is straightforward, as love-triangles and troubled pasts threaten to interfere with Charlie’s new found happiness. Will he get the girl, or will he be overcome by the childhood traumas that haunt him? The movie comes to life with young stars Emma Watson, Logan Lerman and Ezra Miller in the lead roles. 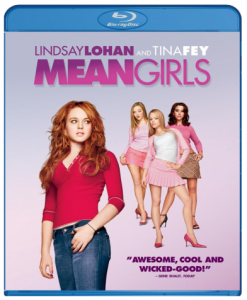 Lindsay Lohan stars as new student Cady Heron, a girl who was home-schooled in the African jungle, and then forced to fit in at a regular high school. At first Cady struggles, but after she encounters queen bee Regina George (Rachel McAdams) she soon realises that girl world and the animal kingdom aren’t really so far apart. The Blu-ray version special features include a look at Queen Bees and Wannabes, the book the movie is based on, as well as outtakes and a director’s commentary.