Hollywood heart throb Channing Tatum has been confirmed to play Gambit in the latest- X-Men spinoff. So in celebration of this latest role, we thought you might fancy taking a look at some of his best movie performances on Blu-ray this weekend.

Steven Soderbergh’s Magic Mike stars Channing Tatum as the hot blooded Mike as he attempts to teach his protégé what it takes to be an exotic male dancer. The Blu-ray features a 1080p high definition version of the film, along with a wide selection of exclusive extras, including behind-the-scenes documentaries looking at the how the cast learnt their moves, extended dance scenes and a special ‘dance party mode’. 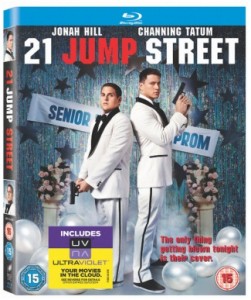 Channing Tatum stars alongside Jonah Hill in this hilarious big screen reimagining of popular TV show 21 Jump Street. The movie follows two underachieving police officers are sent back to high school to investigate the source of a dangerous new party drug. With the opportunity to relive their youth once more, both men take on their most dangerous mission to date – battling a school full of teenagers and the pressure to ‘fit in’ with their peers all over again. The Blu-ray comes with some fun extras including a gag reel, deleted scenes and even a collection of footage from the “making of” the movie. 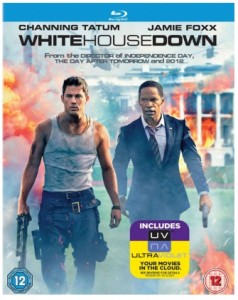 Channing Tatum takes centre stage in White House Down, the explosive action thriller from Roland Emmerich, director of Independence Day and 2012. In this movie, carnage kicks off when policeman Cale’s tour of the White House with his daughter is interrupted by an aggressive group of paramilitary invaders, bent on causing havoc. Cale (Tatum) must step up to rescue the President (Jamie Foxx) and protect his daughter. The Blu-ray comes with a generous helping of extras too, including a look at the “in-cam” special effects and a unique insight on creating the sets at the White House, the Oval, and the Presidential limousine, which were built specifically so they could be blown up.