The latest instalment in the Mission Impossible franchise, Mission Impossible: Rogue Nation, is out this weekend. Tom ‘I do my own stunts’ Cruise resumes his role as IMF agent Ethan Hunt, whose latest mission is to rid the world of the Syndicate, an evil organisation hell-bent on destroying the IMF. To celebrate the launch of the new film, we’ve pulled together some of Tom Cruise’s best films from across the years! 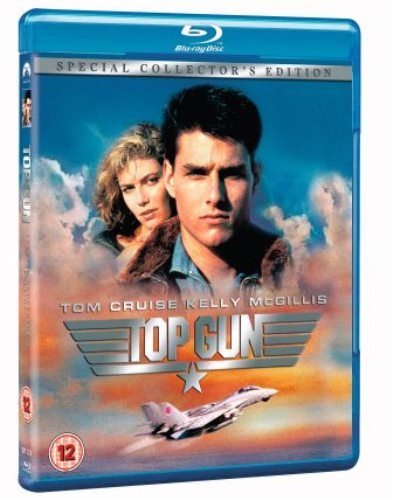 No list of Tom Cruise films would be complete without Top Gun – the high-octane eighties flick which sees Cruise play Lieutenant Pete “Maverick” Mitchell, a US Navy fighter pilot who lives up to his nickname by getting up to no good in the Naval Flying School. A rollercoaster ride of highs and lows, Top Gun will have you on the edge of your seat!

The Blu-ray edition of Top Gun takes the aerial combat scenes to a whole new altitude, showing in crisp detail the juxtaposition between the beautiful, peaceful sky and the metal of the multi-million dollar war machines. You can almost feel the afterburners!

Minority Report tells the story of a dystopian 2054, where crime is virtually eliminated from Washington DC. But as we all know, if it seems too good to be true, it probably is.

Tom Cruise is Chief John Anderton, a police officer heading up the “Precrime” unit, a specialist division that uses three gifted humans – known as Pre-Cogs – who can see in to the future and predict crimes before they are committed. This all goes horribly wrong when the Pre-Cogs predict  that Anderton will commit a murder of his own in the next 36 hours, further complicated by the fact he has no idea who the victim is!

Spielberg’s beautifully imagined Washington DC in 2054 looks stunning in Blu-ray, and if you buy the Limited Edition Steelbook, it comes with a number of exclusive extra features and collectable artwork. 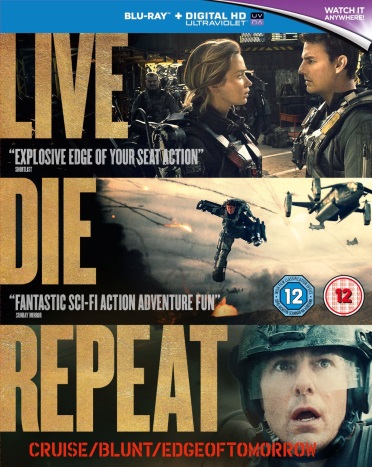 Our final Cruise film keeps us in the future, but this time he’s battling an Alien race who are determined to destroy the Earth.

Edge of Tomorrow is centred on Major William Cage – played by Cruise – an unexperienced fighter who is dropped in to a suicide mission against the aliens. Of course, he’s killed within minutes. But what’s strange is that he wakes to find himself being dropped in to the same battle again and again,  living his final moments over and over. Over time, he teams up with Special Forces warrior Rita Vrataski (played by Emily Blunt) and learns how to fight his enemies, working their way closer to defeating their enemy.

The film’s epic battle scenes look and sound fantastic on Blu-ray, making you feel as though you’re in the heat of battle yourself. Each Blu-ray comes with two special features, which look at the films weapons and aliens, and how each were bought to life.