As part of our ongoing awards coverage we’re congratulating Bradley Cooper for his Oscar nomination for American Sniper. Cooper has appeared in an electric range of films, many of them box-office hits – as reflected by our recommendations for the weekend. The first is downright hilarious (and quite a contrast to Clint Eastwood’s biographical war drama) the other is a romance with soul and guts. The last is irresistibly watchable. They’re all even better on Blu-ray. So have a good weekend! 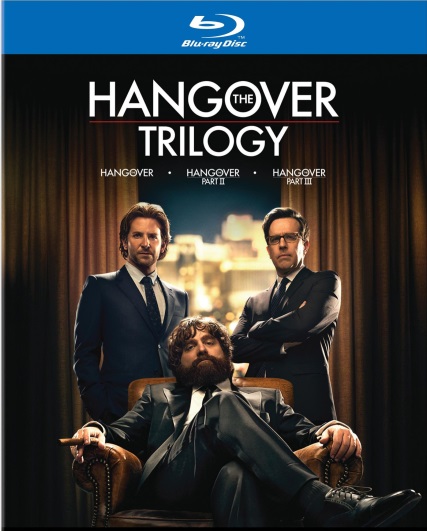 This comedy trilogy from director Todd Phillips is unadulterated fun! In ‘The Hangover’ (2009) Ed Helms, Bradley Cooper and Zach Galifianakis star as three friends who lose their best friend, Doug (Justin Bartha), just 40 hours before his wedding during the various drunken misadventures that occur at his Las Vegas bachelor party. The trio must attempt to retrace all the bad decisions they made the night before and figure out where things went wrong.

In ‘The Hangover: Part 2’ (2011), Alan, Doug, Phil and Stu jet off to Bangkok for Stu’s wedding to his Thai girlfriend. With the mortifying memories of Doug’s bachelor party in Las Vegas forever etched in everyone’s minds, Stu decides to play things safe. Everything goes wrong ahead of what should be a sedate pre-wedding brunch? The supporting cast includes Liam Neeson and Juliette Lewis, while former president Bill Clinton makes a cameo appearance.

In ‘The Hangover: Part 3’ (2013), following the death of Alan’s father, he, Phil and Stu, aka the Wolfpack, head out on a road trip on which they get caught up in another calamity. Before the dust settles, the gang will have to figure out how to rescue Alan from a mental hospital. They encounter a number of eccentric characters on the way and end up back in Las Vegas. Mike Tyson makes an appearance.

With so many rollicking romps and jaunts, who wouldn’t want to watch it on Blu-ray, in all its glory? 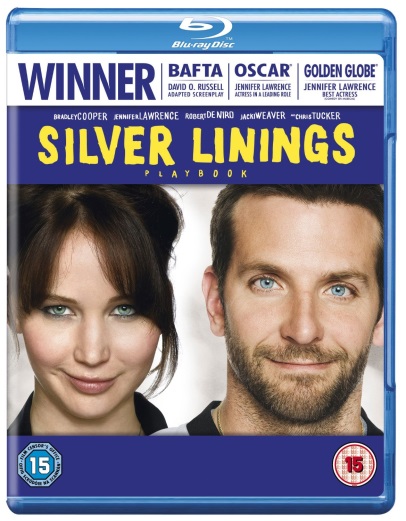 Life doesn’t always go according to plan. Pat Solatano (Bradley Cooper) has lost everything – his house, his job, and his wife. He now finds himself living back with his mother (Jacki Weaver) and father (Robert DeNiro) after spending eight months is a state institution on a plea bargain. Pat is determined to rebuild his life and remain positive. When Pat meets Tiffany (Jennifer Lawrence), a mysterious girl with problems of her own, things get complicated. Tiffany offers to help Pat reconnect with his wife, but only if he’ll do something very important for her in return. As their deal plays out, an unexpected bond begins to form between them, and silver linings appear in both of their lives.

The Blu-ray transfer is particularly excellent; the pictures are natural-looking vibrant and crystal clear – making it even easier to immerse ourselves in the lives of these finely etched characters. High-Def Digest has a full review and a round-down on supplementary material. 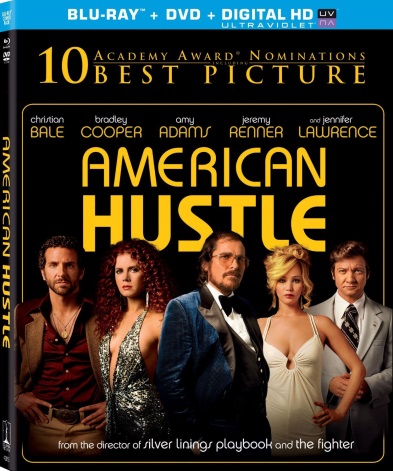 Inspired by the FBI ABSCAM operation of the late 1970s and early 1980s, the drama is loosely derived from a true story from the late-1970s of how FBI agents coerced a notorious New Jersey conman into helping them entrap corrupt politicians with the offer of bribes from a “fake sheikh”.

It received ten nominations at the 86th Academy Awards, including Best Supporting Actor for Bradley Cooper and won Outstanding Performance by a Cast in a Motion Picture at the 20th Screen Actors Guild Awards.