Scarlett Johansson has been garnering a lot of high praise and critical attention for her innovative acting techniques in both the upcoming art house movie Under the Skin, and her latest box office hit, Her. Therefore, we thought this weekend was the perfect opportunity to flick through some of her career highlights on Blu-ray. 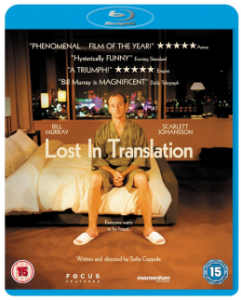 Johansson’s breakthrough came in the 2003 indie movie, Lost in Translation. Johansson stars as Charlotte, a lonely young American woman who has moved to Tokyo to support her boyfriend. Whilst in Tokyo, Charlotte forms an unlikely friendship with fading actor Bob Harris (Bill Murray), who has made his way to the city to film commercials. This melancholic comedy has been described by critics as “cinematic cherry blossom” and it also won two Academy Awards, for Best Writing and Best Original Screenplay. The Blu-ray comes packed with interesting and insightful behind the scenes features on set design and the making of the movie, and deleted scenes. 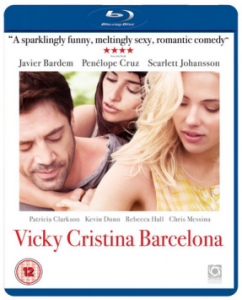 One of Johansson’s most critically acclaimed movies, Vicky Cristina Barcelona also bagged Penélope Cruz her first Oscar for Best Supporting Actress.  Johansson takes centre stage alongside Rebecca Hall, as Vicky and Christina, two American best friends looking for inspiration in Barcelona one summer. At first the pair act as total opposites; Vicky is secure and stable, Cristina is spontaneous, but when the girls encounter Juan Antonio (Javier Bardem) and his tempestuous ex-wife (Penélope Cruz), a much more complex web of personalities emerges. 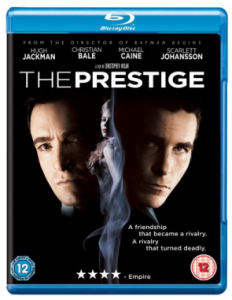 The Prestige sees Johansson teaming up with legendary director Christopher Nolan to tell the story of two rival Victorian stage magicians. The competing magicians are expertly played by Christian Bale and Hugh Jackman, whose compulsion to out-do each other becomes an obsession with tragic consequences. Johansson plays a pivotal role as a vivacious magician’s assistant, whose affections are torn between these two rivals. With star turns from Michael Caine, Andy Serkis and even David Bowie making an appearance as Nikola Tesla, this film orchestrates a powerful narrative. The Blu-ray comes with a neat collection of special features that give “exceptional” insight into director Christopher Nolan’s filming techniques and creative processes.