There was excitement among sci-fi fans this week, with the news that Ridley Scott will be re-visiting the Alien franchise again with a sequel to Prometheus. Therefore, we thought this weekend you could beat the gloomy weather by staying in and checking out some of his most acclaimed movies, all available on high-definition Blu-ray. 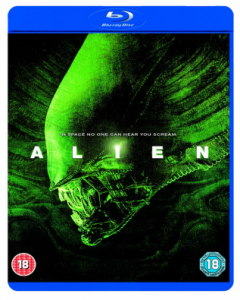 Ridley Scott’s big breakthrough came with the 1979 film, Alien. Often referred to as having set “a bench mark of extra-terrestrial horror”, Scott redefined the parameters of sci-fi in this movie. Sigourney Weaver stars as Officer Ripley in a tale about her fight for survival against a terrifying alien life form. The Blu-ray includes a director’s cut and audio commentary from Scott, as well as deleted and extended scenes. 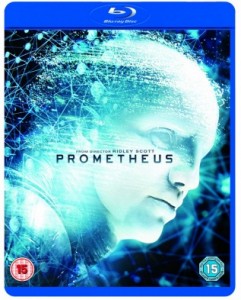 Ridley Scott made a triumphant return to the Alien franchise with the launch of Prometheus. The Alien prequel, starring Michael Fassbender, Charlize Theron and Noomi Rapace, explores the terrifying origins of the aliens and human life itself. The nerve-shredding sci-fi includes over 30 minutes of deleted, extended and alternate scenes, and an audio commentaries with Scott. 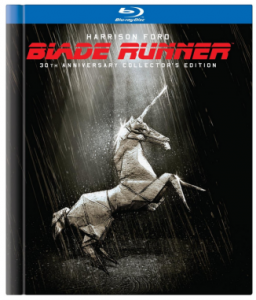 Ridley Scott adapted Philip K. Dick’s novel Do Androids Dream of Electric Sheep with Blade Runner, one of the most iconic science fiction films of all time. The movie sees Harrison Ford take centre stage as Rick Deckard, a special-ops officer hunting genetically engineered robots. On receiving orders to kill four, Deckard’s mission takes him on a journey from the bowels of LA to the birthplace of this next-generation of technology. The special edition offers a colossal five different versions of the movie, the rare work print version, the 1982 domestic and international theatrical cuts, the 1993 director’s cut and the 2007 Final Cut, which includes additional revisions not present in previous versions.