Liam Neeson has a whole host of new releases lined up for 2014, he’s due to appear as a villain in Seth McFarlane’s A Million Ways to Die in the West, and will also be in Martin Scorsese’s Silence. Plus he’s a voice in box office sensation The Lego Movie, and he’s starring in action thriller Non-Stop. So in celebration of his career, we thought this weekend you might want to check out some of his best performances in high definition on Blu-ray. 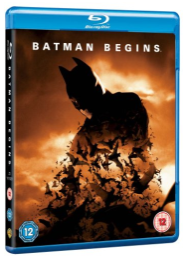 Neeson stars as Ducard, the expert man hunter and deadly killer who rescues Gotham’s caped crusader, Bruce Wayne (Christian Bale), from a Chinese prison in the first part of Christopher Nolan’s critically acclaimed Dark Knight Trilogy. Ducard plays a pivotal role as one of Bruce’s trainers, laying the ground for him to take up the mantle of Batman. Coming with an extensive range of special features including a close-up on filming the action sequences and interviews with the cast and crew, this is definitely one movie to check out on Blu-ray. 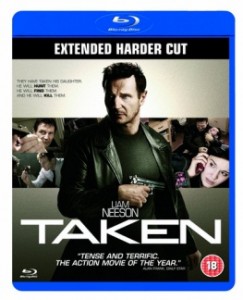 In Taken, Neeson was first able to build his new “tough guy” persona when he took on the role of retired CIA agent Bryan Mills. The movie follows Bryan after he is drawn out of retirement and into a deadly conflict because his daughter Kim (Maggie Grace) has been kidnapped by Albanian gangsters. The Blu-ray comes with deleted and extended scenes, as well as an interactive feature that allows you to track the progression of Bryan’s mission in the movie. 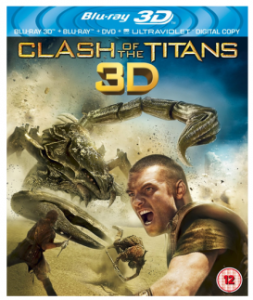 Clash of the Titans 3D

In Clash of the Titans, Neeson made an appearance as King of the Gods, Zeus. This remake of the 1981 mythological fantasy adventure follows the story of Zeus’ mortal son Perseus (Sam Worthington). Abandoned at sea as a baby, Perseus is discovered and raised by a local fisherman. Perseus is drawn into the squabbles of the Gods after he finds out his true identity from the nymph Io (Gemma Arterton). The Blu-ray brings the action straight from Mount Olympus into your living room in high-definition 3D.