Spike Jonze’s latest film, Her,  an Oscar-nominated tale about a man that falls in love with a computer operating system, is due to hit UK cinemas next week, and in the US, I, Frankenstein is topping the box office charts. Since it’s such a hot topic at the moment, we thought you might want to use this weekend to catch up on some of the other top films tackling artificial intelligence. 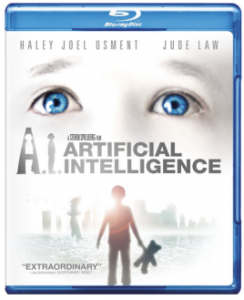 Echoing the themes in Spike Jonze’s Her, Steven Spielberg’s 2001 film A.I. Artificial Intelligence looks at the capacity of robots to love. David (Haley Joel Osment) is the first ever robot to be programmed with the capacity to have real feelings. A human family adopt David after their son enters a coma. However, when a cure is discovered for their real son, the human family abandon David, and he’s forced to go on the run. Extras on the Blu-ray include a commentary from Steven Spielberg about man’s ever evolving relationship with technology, as well as a look at how the robots in the movie were created. 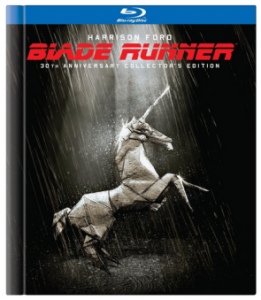 Another movie that looks at artificially created human life forms, this film tells the tale of Deckard (Harrison Ford), a so-called Blade Runner tasked with ‘retiring’ bio-engineered beings known as replicants. The bold vision of the future created by Sir Ridley Scott has been a huge influence to many and to this day its meaning and themes are still a topic of great debate. The three-disc 30th Anniversary Edition contains re-mastered versions of both the Director’s Cut and the Final Cut, alongside a huge range of bonus features – including several commentaries, deleted scenes, featurettes on all aspects of the production, outtakes and a stills gallery. 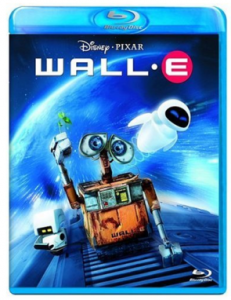 Big hearted robot WALL-E is arguably the most human creature in Disney Pixar’s 2008 movie of the same name. Set in the year 2700, planet earth has become uninhabitable. WALL-E’s main task is to collect rubbish, but out of boredom he also secretly gathers trinkets. One day, he stumbles across a secret that could save planet earth and make it inhabitable once again. This adorable family film “pushes the art of digital animation to new heights”, and looks stunning in 1080p resolution on Blu-ray.  The Blu-ray comes with exclusive features too, including a retro suite of video games, a ‘Cine-Explor’ feature with director Andrew Stanton and deleted scenes.