Pompeii, a new film about the eruption of Mount Vesuvius hit cinemas this month. So, in honour of the occasion, we thought you might fancy checking out the most legendary movies about the Roman Empire, all available in high definition on Blu-ray. 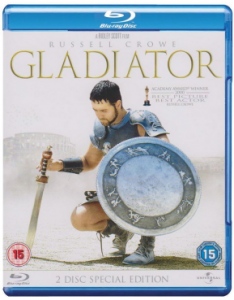 Gladiator is a historic force to be reckoned with on Blu-ray. Directed by Ridley Scott, Gladiator stars Russell Crowe stars as Maximus, a Roman general betrayed by a corrupt prince and cast out to the outer fringes of the Roman Empire. Instead of giving in to his fate, Maximus rises through the ranks of the gladiatorial arena to avenge his family and bring himself face to face with the man who destroyed his life. The Blu-ray is bursting at the seams with extras, and features over 11 hours of extra content including audio commentaries, deleted scenes and features such as Vision of Elysium: Topic Portal and Strength and Honour: Creating the World of Gladiator, which give a definitive guide to the origin, production and impact of the film. 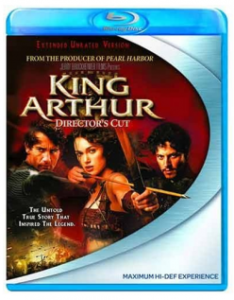 Keira Knightley and Clive Owen head up this powerful and quirky retelling of the classic tale of King Arthur. The movie sets out to tell “the true story behind the legend” using new academic research which suggests that King Arthur may actually have been a Roman legionary. This film adds a Roman touch to key aspects of the Arthurian legend, from Excalibur, to the Round Table. The Blu-ray comes with extras including an alternate ending, a director’s commentary and unique insights on the creation of the movie. 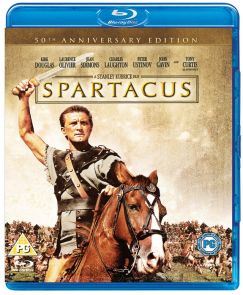 Stanley Kubrick’s defining epic about ancient Rome was a box office sensation when it was first released in 1960. In fact, according to Film 4, this is “arguably the greatest sword and sandal movie of them all”. Starring Kirk Douglas, Tony Curtis and even featuring a cameo from Lawrence Olivier, the movie follows the true story of the rebellious slave and gladiator, Spartacus (Kirk Douglas), as he leads a violent revolt against the decadent Roman state. The high definition Blu-ray of this era defining movie looks and sounds stunning.