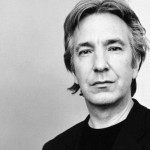 Last week, we were devastated to learn that Alan Rickman had died at age 69, following a battle with cancer. To celebrate the life of such a dynamic and talented actor, why not go back and appreciate some of his best work. In our opinion, we believe some or his most iconic roles have been villains. Although, Rickman did once say, “I don’t play villains, I play very interesting people.”

So, for this week’s Blu-rays for the Weekend, we’re recapping three of Rickman’s best baddie roles:

It’s highly unlikely that you haven’t heard of Harry Potter, or know what it’s about, but if you don’t, here’s a quick recap:

The Harry Potter franchise follows the story of a young wizard who, following the death of his parents, grows up not knowing who he really is. On his 11th birthday, he is invited to attend Hogwarts School of Witchcraft and Wizardry, which changes his life forever as he enters a world of witches, wizards, dragons and goblins. Alongside his new friends Hermione Grainger and Ron Weasley, Harry must battle Lord Voldemort, a dangerous and dark wizard who is determined to change the world forever…

Rickman plays Severus Snape, the potions master at Hogwarts, who takes an instant dislike to Potter. It is a great demonstration of Rickman’s ability to play a villain, who comes across as instantly dislikeable.

You can get all eight films as part of Harry Potter: The Complete Eight Film Collection, which includes each film on Blu-ray, all with their own special features.

Die Hard stars Bruce Willis as Detective John McClane, a hardened NYPD cop who travels to LA to find his estranged wife on Christmas Eve. However, he soon finds himself in a dangerous situation after the Nakatomi Plaza building he’s in is stormed by terrorists, led by the menacing Hans Gruber, played by Alan Rickman. While everyone is taken hostage, McClane manages to slip away quietly and works alone to save the lives of everyone in the building before it’s too late.

Rickman’s performance as Gruber has achieved somewhat of a cult status. The battle of wits between McClane and Gruber occurs throughout the film as the two attempt to outsmart each other, ending in an explosive conclusion.

Based on the original English folk tale, Robin Hood: Prince of Thieves stars Kevin Costner as Robin Hood, an English nobleman who returns from the Third Crusade to find the Sheriff of Nottingham oppressing the people of England. Robin Hood forms an allegiance with a band of robbers, who steal from the rich and distribute their wealth among the land’s poor. The Sheriff of Nottingham, played by Rickman, is infuriated by Robin Hood’s antics, and vows to locate the outlaws’ hideout and defeat them once and for all.

Rickman’s role as the Sheriff of Nottingham earned him a Bafta award, with many commentators arguing that he saved the film. His part in Robin Hood: Prince of Thieves will surely be remembered as one of his finest portrayals of a villain.

Robin Hood: Prince of Thieves is available on Blu-ray with a number of special features, including commentary by Costner and director Kevin Reynolds, a making-of documentary, and a 30 minute TV special about the story behind Robin Hood.

“I think there should be laughs in everything. Sometimes, it’s a slammed door, a pie in the face, or just a recognition of our frailties.” – Alan Rickman, 1946-2016. RIP.