This weekend, American Ultra hits cinemas in the US, heading to European screens shortly afterwards. The comedy follows small-town slacker Mike Howell, played by Jesse Eisenberg, who wastes his days away with his girlfriend. What he doesn’t know is that he was secretly trained by the CIA to be a highly-skilled killing machine, something that comes as much as a surprise to him as those around him. When the agency turns on him, he must use his skills to get himself and his girlfriend to safety.

As the film launches, we suggest three comedy action Blu-rays to get you in the mood for American Ultra. If you need some viewing inspiration this weekend, why not try… 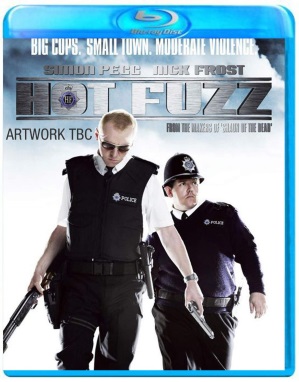 Simon Pegg and Nick Frost – the comedy duo that never fail to impress – star in this black comedy about a small town with a big secret. When London’s best police officer makes the rest of the force look bad, he’s relocated to the rural town of Sandford, where the slow pace of life gets him down. That is, of course, until two actors are found decapitated…

You get hours of bonus footage, behind-the-scenes documentaries and outtakes with the Blu-ray, so the fun continues long after the film has finished! 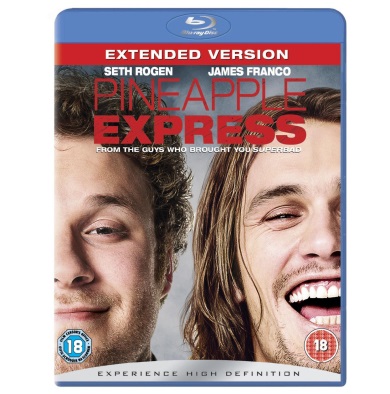 If you’re looking for a film that delivers on both the action and comedy fronts, then look no further than Pineapple Express. Seth Rogen plays Dale Denton, a process server with a habit for getting himself into bad situations. This comes to a head when Denton unwittingly gets himself involved with some nasty characters, and spirals in to a deadly game of cat and mouse with the criminal underworld.

Pineapple Express comes with a wealth of special Blu-ray features, including raw footage, a making-of documentary and interviews with the cast and crew. 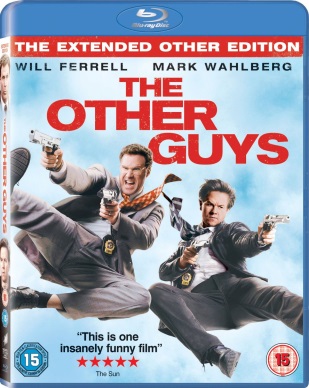 The Other Guys takes the good cop/bad cop routine to a whole new level. Will Ferrell and Mark Wahlberg play Allen Gamble and Terry Hoitz, two out-of-favour cops working for the NYPD. The pair must overcome their personal differences to take on a high-profile investigation of a well-known shady businessman, as they attempt to fill the shoes of the reckless officers they idolise.

The Blu-ray comes with some exclusive HD features, including a hilarious audio commentary by the mothers of the cast members, interviews, and a number of improvised scenes – always guaranteed to be good when Will Ferrell is involved.