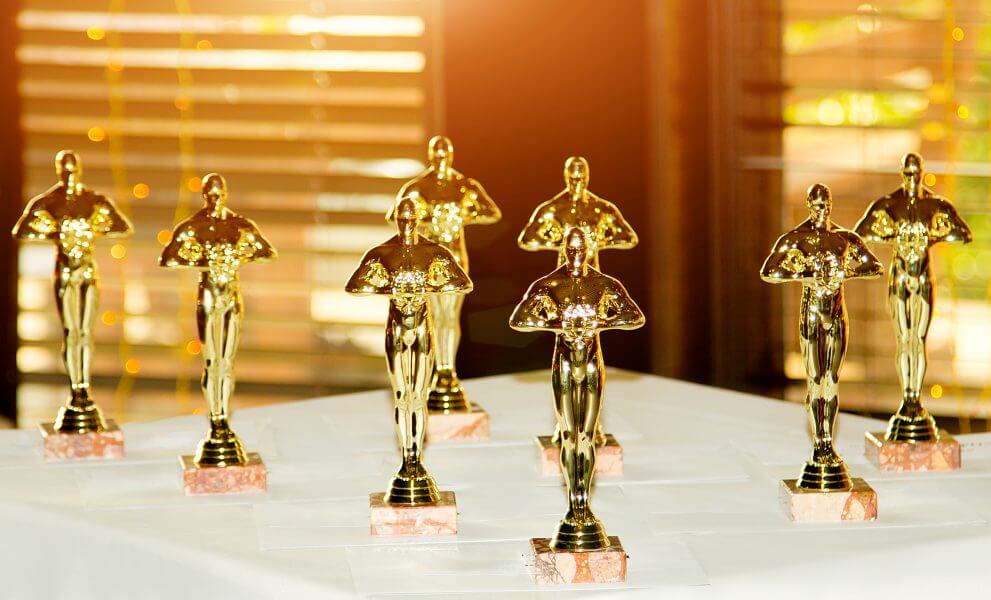 Glitz, glamour and gorgeous dresses – yes that’s right, it’s Oscars time again! The 89th Academy Awards are set to take place at the Dolby Theatre, Hollywood, on Sunday. There are plenty of hot films nominated, such as Arrival, La La Land, Silence and Moana, while Casey Affleck, Ryan Gosling, Natalie Portman and Emma Stone are all up for individual gongs.

To get you in the mood for this year’s hottest red carpet event, we’ve listed three of our favourite winners from last year’s awards, available on Blu-ray.

Mad Max: Fury Road
Tom Hardy and Charlize Theron star in the fourth high-octane post-apocalyptic instalment of the Mad Max franchise. Hardy takes up the role of Max Rockatansky, who is captured by a gang of
outlaws who use him as a living blood donor. A dangerous pursuit across a barren wasteland begins after Imperator Furiosa (Theron) frees the five wives of Immorten Joe, the feared leader of the outlaws. Strapped to the front of one of the vehicles, it’s not long before Max is thrown headfirst into the action.

The film comes with a number of special features, including a behind the scenes look at the production of the film, a feature examining the crazy stunts, and interviews with the cast and crew. You can also now grab the film on Ultra HD Blu-ray, as well as a long-awaited Black & Chrome edition.

The Revenant
It’s the film that finally won Leonardo DiCaprio an Oscar, and for very good reasons. DiCaprio stars as Hugh Glass, an explorer and frontiersman on an expedition through the frozen wilderness in 1823. After being attacked by a wild bear, Glass is betrayed by a member of his hunting team and is left for dead in the wild. Against all odds, he survives, and begins an epic journey across the barren wasteland, battling personal demons as he seeks revenge against those who double-crossed him.

The Revenant was undoubtedly one of 2015’s best-looking films, picking up an Academy Award for its cinematography, meaning that Blu-ray or Ultra HD Blu-ray are the best ways to enjoy the movie. Special features include a fantastic making-of documentary, and a stills gallery.

Inside Out
This delightful animated adventure from Disney Pixar won the award for Animated Feature Film at last year’s Oscars, and it doesn’t disappoint.

Inside Out takes a hilarious look at the emotions that battle for superiority inside our heads. The film follows Riley, an 11-year-old girl who is led by her emotions – Joy, Fear, Anger, Disgust and Sadness – that sit inside the control centre in her brain. However, when she moves to a new city, house and school, the emotion that she favours the most – Joy – begins to struggle as the stresses of the move take hold.

The Blu-ray includes a number of special features, including exclusive Pixar short films, interviews with the cast and crew, audio commentary and a behind-the-scenes look at animation and film editing. It also includes a new short film, called Riley’s First Date, which shows how the whole family’s emotions react to Riley’s first encounter with young love.