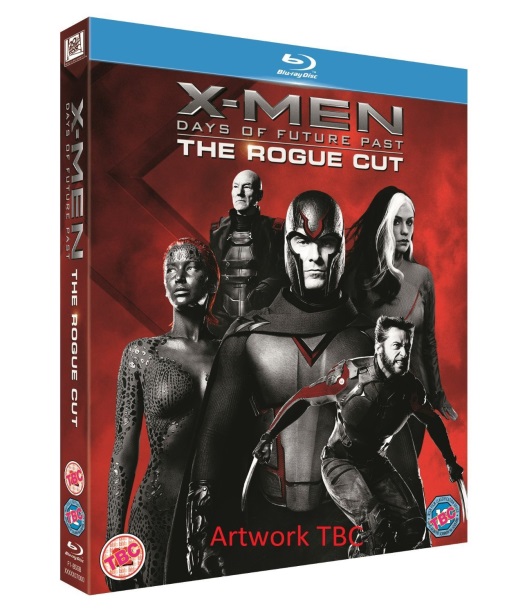 For this week’s Blu-ray Monday we’re giving away a brand new Blu-ray copy of X-Men Days of Future Past: The Rogue Cut.

Back in May we reported that X-Men film director Bryan Singer announced that a special new edition of his smash hit X-Men Days Of Future Past was on the way, featuring 17 minutes of additional footage focusing on Anna Paquin’s character Rogue which unfortunately was cut from the theatrical release. Well, the highly anticipated Blu-ray is now available and we have a copy to give away!

X-Men Days of Future Past depicts a war for the survival of the mutant species across two time periods. Led by Charles Xavier (played by Patrick Stewart and James McAvoy), the X-Men set aside old rivalries and travel in time to change the past to avert a future crisis which threatens the mutant population and the wider world.

The Rogue Cut includes an entirely new subbplot set in the film’s future timezone, with Paquin’s fan-favourite character Rogue undertaking a crucial mission for Charles and the elder Magneto (played with the usual distinction by Ian McKellen). The two-disc set also includes the theatrical version of the film, commentaries, in-depth behind-the-scenes featurettes and a preview of this summer’s brand new Fantastic Four.

As usual you have two chances to win. For your first entry, just click on the tweet button above. For a second entry, leave a comment below in response to the following, very simple question.

Who’s your favourite of the X-Men? Is it Beast, with his genius-level intellect and superhuman strength? Cyclops who emits beams of concussive force from his eyes? Wolverine, who possesses animal-keen senses and super-fast healing? Jean Grey, who was born with telepathic and telekinetic powers or Charles Xavier, an exceptionally powerful telepath and the leader of the mutants?