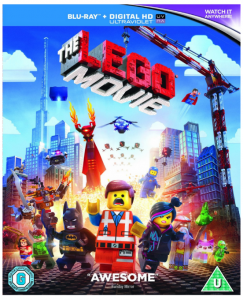 The Lego Movie, one of 2014’s critically acclaimed box office smashes, is up for grabs this Blu-ray Monday.

It was only a matter of time before the Lego Group, one of the most successful toy makers in history, made their own movie. So this week, we want to know what your favourite film about toys is? From modern favourites like the Transformers’ GI Joe and the new Ninja Turtles movie, to old classics like Pinocchio and the Nucracker, there are plenty of examples to choose from. Or, what toys from your childhood would you like to see get their own movie?  For instance, would you like to see your Furby’s, Tamogotchis or Cabbatch Patch dolls star in their own feature length film?