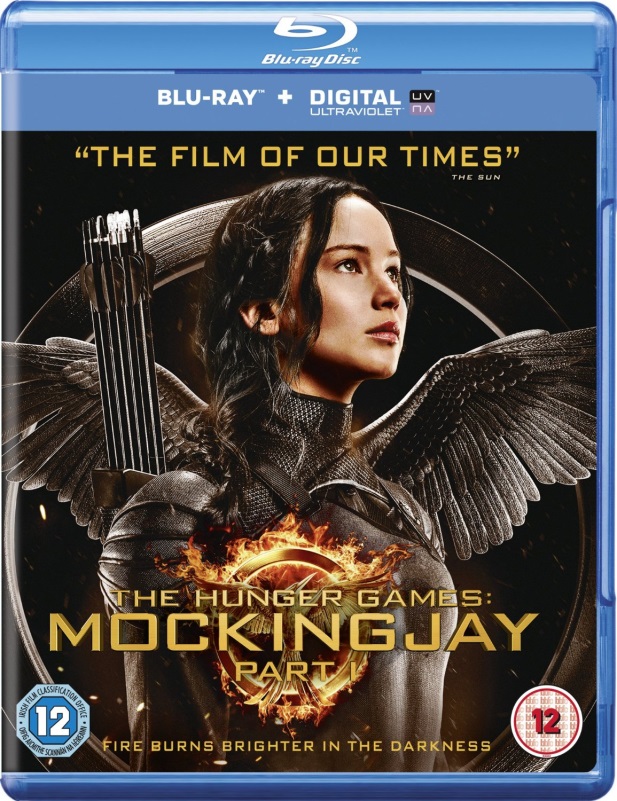 For this week’s Blu-ray Monday we’re giving away a copy of The Hunger Games: Mockingjay Part 1.

The Hunger Games trilogy has become a worldwide phenomenon. It’s so gripping that we don’t want the adventure to end; which is maybe why the Studio decided to eke out the conclusion and split the final instalment into two parts. The penultimate film, in this four-part adaptation of Suzanne Collins’ best-selling dystopian trilogy, hit the cinema last year and will be available on Blu-ray from March 16th.

In Part 1, the formidable protagonist, Katniss Everdeen (Jennifer Lawrence) spreads her wings as she fights to save Peeta (Josh Hutcherson) and a nation moved by her courage. It is the most political instalment of the series to date, full of compelling talking points about media, war, socialism, tyranny, women’s roles, and the idea that people need a symbol to rally around during difficult times. This film sows the seeds for the revolution and lays the groundwork for what will undoubtedly be an explosive conclusion in Part 2.

What’s your favourite dystopian movie? There’s so many to choose from, old and new; from The Matrix, Equilibrium, Minority Report, Divergent, Blade Runner, The Maze Runner, Terminator and Children of Men to name a few. Which vision of the future left the biggest impression on you? Which would you least like to come true? Which do you think might be the most likely? Whatever your thoughts, let us know in the comments!