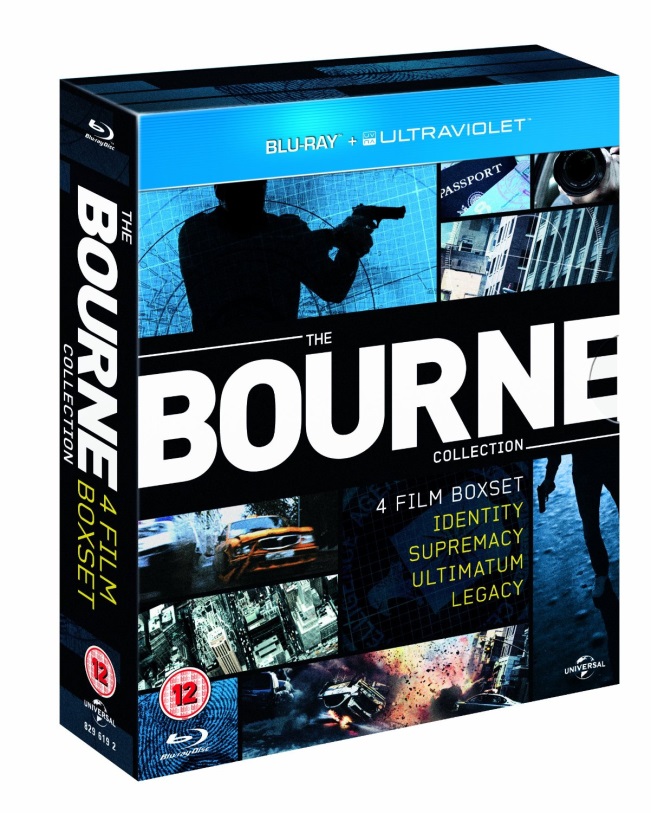 For this week’s Blu-ray Monday we’re giving away a Blu-ray chart-topper – The Bourne Collection. This is a superb collection featuring all four suspense filled Bourne films: The Bourne Identity, The Bourne Supremacy, The Bourne Ultimatum and The Bourne Legacy. It also includes UltraViolet copies of all four films, meaning you can instantly stream and download the films to a device of your choice, at home or on the go.

For the uninitiated, the series which kick-started a new era of grittier, more grounded action movies, starts with amnesiac special ops assassin Jason Bourne (Matt Damon) on a mission to unlock the secret of his own identity. However, he’s the government’s number one target, a $30 million weapon it no longer trusts. Each film is packed with bonus features, including extended scenes, behind the scenes features and alternative openings and endings.

As usual you have two chances to win. For your first entry, just click on the tweet button above. For a second entry, leave a comment below in response to the following, question (let your imagination run wild):

Academy Award winner Matt Damon has confirmed that he will be reprising his role as Jason Bourne for Bourne 5 (scheduled for release in July 2016). But who would you like to see Bourne to take on next? The series is known for its stellar supporting cast (including Brian Cox, Edward Norton, Paddy Considine, Joan Allen, Julia Stiles, Brian Cox, Karl Urban and more), so who would like to see join the next film? Do you think Jason Bourne and Jeremy Renner (the new protagonist of The Bourne Legacy) can co-exist in the same movie or separate movies within the same franchise? Whatever you want from the next Bourne movie, let us know!