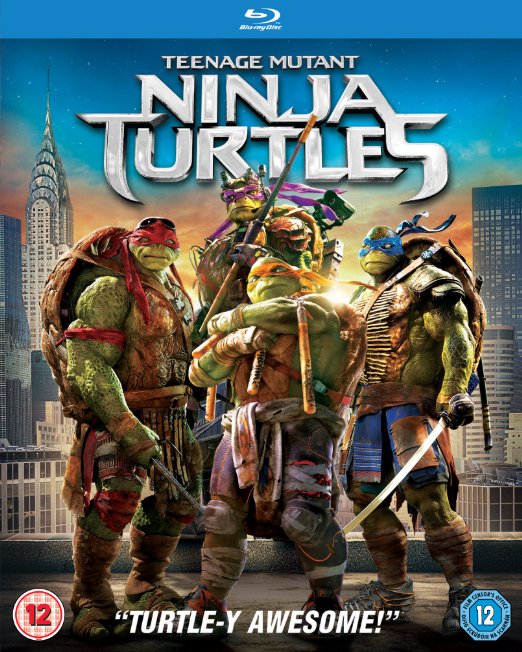 The much loved amphibious heroes from the late 80s and 90s are back in a state-of-the-art reimagining for the big screen. Director Jonathan Liebesman (Battle: Los Angeles and Wrath of the Titans) goes back to the franchise’s roots, telling how four baby turtles get mutated into humanoid teenagers and become shadowy protectors of the citizens of New York City. The turtles first hit cinemas in three live action features during the 1990s – but this time, the advanced motion-capture technology that amazed in Avatar and the Planet of the Apes franchise has been used to bring Leonardo, Donatello, Michaelangelo and Raphael to life. Starring alongside the turtles themselves are Megan Fox as intrepid reporter April O’Neill, Will Arnett as her long suffering cameraman and William Fichtner as mysterious villain Eric Sachs. As well as the movie, the Blu-ray contains behind-the-scenes features looking at the making of the film, an extended ending and music videos.

The Teenage Mutant Ninja Turtles will always be remembered by those of us who were children in the last two decades of the 20th century, with their animated TV series and feature films providing many fond memories. But which other childhood favourites would you like to see get a shot at the big screen? A live action Jem & The Holograms film is already in production, while talk of another shot at He-Man and the Masters of the Universe never really goes away – but what else would you like to see?