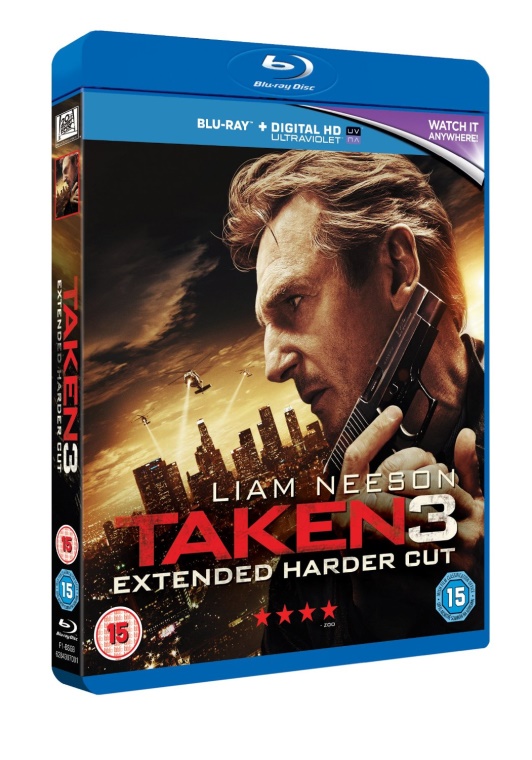 For this week’s Blu-ray Monday we’re giving away a brand new Blu-ray copy of Taken 3, the latest entry in the hit action franchise.

In Taken 3 ex-government operative Bryan Mills (Liam Neeson) finds his life is shattered when he’s falsely accused of a murder that hits close to home. As he’s pursued by a savvy police inspector, Mills employs his particular set of skills to track the real killer and exact his unique brand of justice.

As with the previous two films, Taken 3 blasts through a series of action set pieces which should easily please those who like lots of things that go boom accompanied by flashy camera angles and bruising fight choreography. Special features include deleted scenes, the theatrical trailer and an animated tour through one of the character’s secret hideaway and the weapons it holds.

The Taken series popularised the concept of ‘geriaction’ – where an older star shows they can mix it up with Hollywood’s new generation of action heroes. But it’s not just Liam Neeson who is beating up baddies well into his 60s. Harrison Ford has reprised his iconic roles, as Han Solo and Indiana Jones; Bruce Willis continues to make Die Hard movies; Sylvester Stallone’s Expendables franchise shows no signs of slowing and Arnold Schwarzenegger is due back in the cinema next month as The Terminator. Even Helen Mirren has had a go, as a gun-toting secret agent in Red. But who is your favourite older action star?