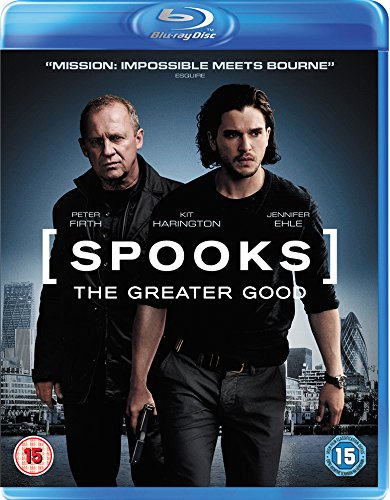 For this week’s Blu-ray Monday, we’re giving away a copy of Spooks: The Greater Good, the feature length spy film continuing on from where the popular TV series left off.

Peter Firth resumes his role as Harry Pearce, head of MI5’s counter terrorism department, who is held responsible for the escape of an apprehended terrorist during what was supposed to be a routine handover. In order to save both London and his reputation from impending disaster, he teams up with former agent Will Holloway, played by Game of Thrones’ Kit Harrington, to track down the terrorist and prevent a deadly attack.

Spooks: The Greater Good is an excellent example of a popular TV series that has been adapted for the big screen. There have been many before it, including The Inbetweeners, Ali G, Star Trek, Alan Partridge and The Simpsons to name a few, but what has been your favourite adaptation so far? Are there any TV series you’d like to see made in to a film? Maybe you’d like to see Eastenders’ Queen Victoria pub appear on the big screen, or maybe you think Don Draper from Madmen needs the silver screen treatment? Let us know in the comments below.