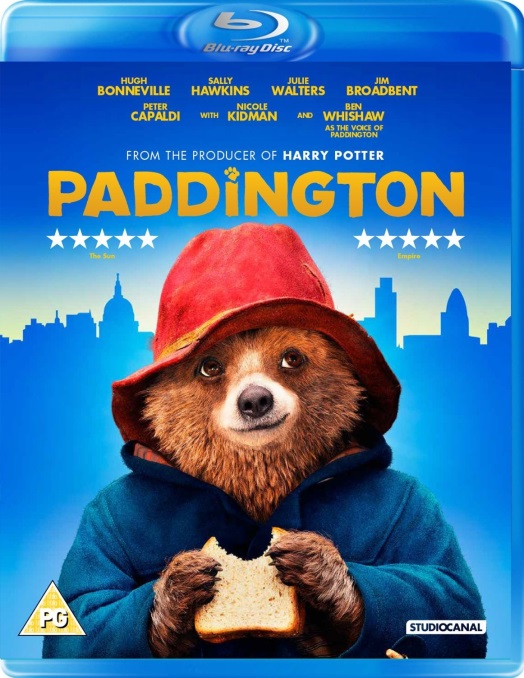 Paddington has grown up deep in the Peruvian jungle with his Aunt Lucy who, inspired by a chance encounter with an English explorer, has raised her nephew to dream of an exciting life in London. When an earthquake destroys their home, Aunt Lucy decides to smuggle her young nephew on board a boat bound for England, in search of a better life. Arriving alone at Paddington Station, Paddington soon finds that city life is not all he had imagined – until he meets the Brown family, who find him with a label tied around his neck which reads ‘Please look after this bear. Thank you.’ They offer him a temporary home whilst he searches for the explorer who impressed Aunt Lucy all those years before.

But when Paddington catches the eye of a sinister, seductive taxidermist, it isn’t long before his home – and very existence – is under threat… Produced by David Heyman (The Harry Potter series) Paddington is a timeless and universal story written and directed by Paul King. With Ben Whishaw as the voice of Paddington Bear, the film’s all-star cast includes Hugh Bonneville, Nicole Kidman, Sally Hawkins, Jim Broadbent, Peter Capaldi and Julie Walters.

Which other childhood story would you love to see come to life with the power of modern film? It’s actually amazing to note how many stories have already been made into film or are going into production as we speak.  Last year, Sam Mendes’ production company, Neal Street Productions announced it is adapting Enid Blyton’s Magic Faraway Tree books for a live action film version.

But there are many more candidates ripe for adaptation. You can pick an old classic like Just William by Richmal Crompton or The Giving Tree by Shel Silverstein or a more contemporary yarn, such as Monkey Puzzle by Julia Donaldson and Axel Scheffler (authors of The Gruffalo). If you leave a comment, remember to leave your Twitter details so we can contact you. Good luck…