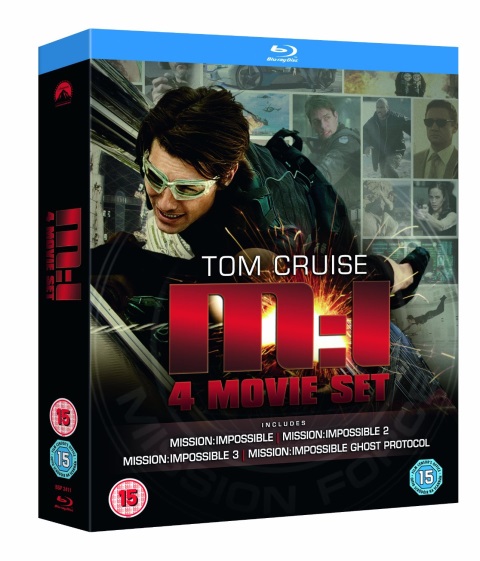 All four films follow Impossible Missions Force (IMF) super spy Ethan Hunt – played by Tom Cruise – as he saves the world from killer viruses, the sale of government secrets and a global nuclear war. With explosions, gadgets and stunts a-plenty, the Mission: Impossible Quadrilogy is perfect for any action movie fan, especially given how great it looks on Blu-ray!

It also includes hours of special features, including behind the scenes footage, music videos, commentary and deleted scenes.

The Mission: Impossible films are known for their high-octane stunts, which see Ethan Hunt scale buildings, base jump in to secret labs and abseil through laser-protected vaults. What crazy stunt would you like to see Ethan Hunt do next? And what gadget would he use to do it?