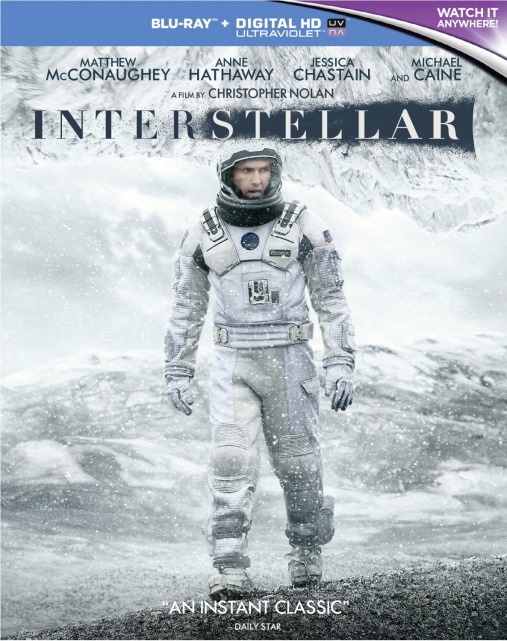 For this week’s Blu-ray Monday we’re giving away a copy of Interstellar, Christopher Nolan’s space spectacle. One of 2014’s most talked about films, Interstellar will truly blow you away on Blu-ray.

Interstellar follows humanity’s last-ditch effort to find a new habitable planet after Earth is ravaged by environmental catastrophe. Upon discovering a wormhole which can transport users through time and space, scientists and explorers unite in the most important mission in human history. Among the potential travellers is a widowed engineer (Matthew McConaughey) who must decide whether to remain with his children or test the limits of space travel, to see if there is a future among the stars or whether the end of the Earth spells the end for humanity. Cast members include Jessica Chastain, Michael Caine and Anne Hathaway.

There are numerous extra features including a look behind the scenes and the making of the film; featurettes on the film’s design work, music, and the cast and crew’s reflections on the movie.

As usual, you have two chances to win. For your first entry, just click on the tweet button above. Then for a second entry, leave a comment in response to the question below.

In your opinion, what are the best big screen sci-fi tales of the last 10 years? Your choices could include the epic Interstellar itself, Danny Boyle’s sci-fi opus Sunshine, the ingeniously minimalist giant-monster movie Monsters, the cerebral, heartfelt indie drama, Moon, or the wildly entertaining sci-fi/horror flick The World’s End? Older classics like 2001, Blade Runner or The Terminator regularly get recognised among the best, but what are you favourites from more recent times?

Whatever your thoughts, let us know in the comments!