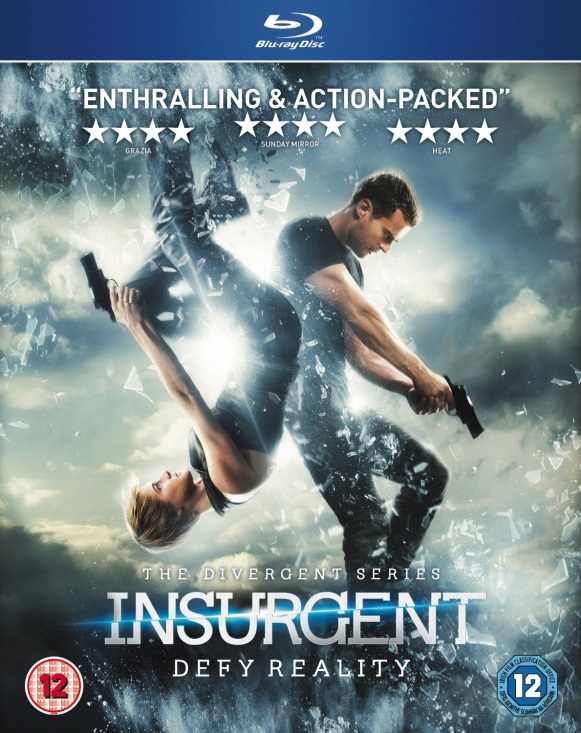 For this week’s Blu-ray Monday, we’re giving away a brand new copy of Insurgent, the latest film in The Divergent Series.

The Divergent Series follows the story of Tris Prior, a sixteen-year-old living in a dystopian futuristic Chicago where society is divided in to five factions. Unable to conform to the qualities demanded by any of the five, Tris is labelled as a Divergent, and falls victim to a secret plot designed to destroy all like her. Insurgent is the second film in the franchise, continuing where the first left off, following the journey of Tris and her mysterious companion Four as they battle against the power-hungry Erodite faction. In the ruins of the city, they must find allies and work together to discover the truth about Tris’s past.

The Divergent Series is the latest in a number of movie adaptations of popular teenage fiction novels. Recently, we’ve seen The Hunger Games bought to life in glorious high definition, as Katniss Everdeen fights for her life in a series of vicious Battle Royale-style tournaments. Before that, Kristen Stewart and Robert Pattinson broke hearts all around the world in the film adaptation of The Twilight Saga. Of course, it’s not just teen fiction that gets turned in to films. If you could have any book made in to a film, what would it be and who would play the main character?