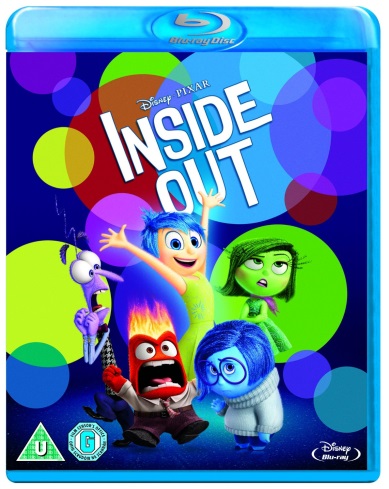 For this week’s Blu-ray Monday, we’re giving away a brand new copy of Inside Out, the latest animated adventure from Disney’s Pixar Studios.

Inside Out takes a hilarious look at the emotions that battle for superiority inside our heads. The film follows Riley, an 11-year-old girl who is led by her emotions – Joy, Fear, Anger, Disgust and Sadness – that sit inside the control centre in her brain. However, when she moves to a new city, house and school, the emotion that she favours the most – Joy – begins to struggle as the stresses of the move take hold.

The Blu-ray includes a number of special features, including exclusive Pixar short films, interviews with the cast and crew, audio commentary and a behind-the-scenes look at animation and film editing. It also includes a new short film, called Riley’s First Date, which shows how the whole family’s emotions react to Riley’s first encounter with young love.

Inside Out features five main emotions – Joy, Fear, Anger, Disgust and Sadness. Of course, the list of emotions is endless, but are there any that you think should have been included? And if so, who would voice them? Maybe you think Jealousy should have played a part, or maybe Love? Let us know your thoughts in the comments below.