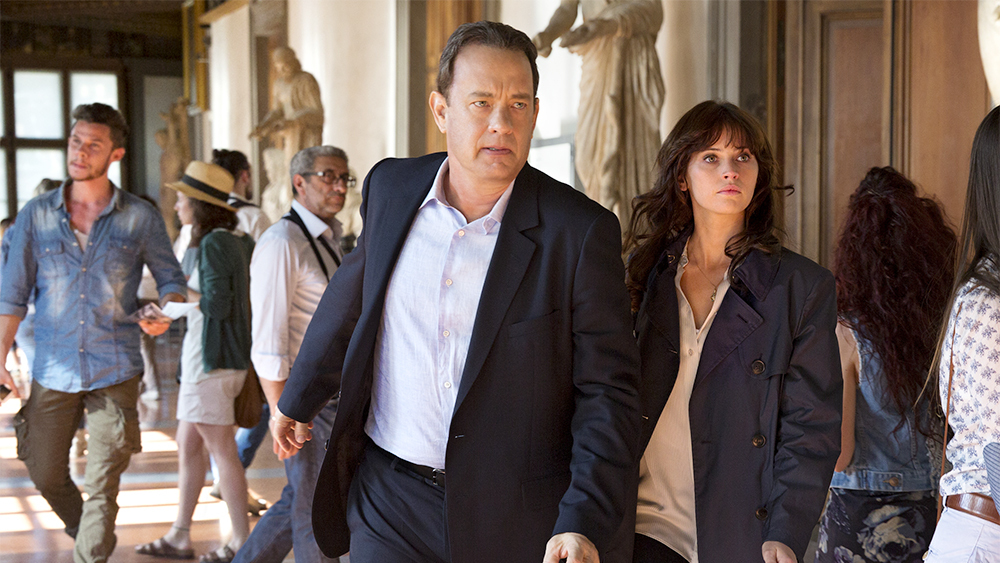 For this week’s Blu-ray Monday, we’re giving away a brand new copy of Inferno, the third film in the Robert Langdon series.

Following on from The Da Vinci Code and Angels & Demons, Tom Hanks reprises his role as Robert Langdon, a Harvard professor who seems to keep finding himself in harm’s way. This time, he wakes up in a hospital in Florence, Italy, with no memory of how he got there. Before long, he’s on the run, being chased, shot at, and suffering from strange recurring visions. Once again, he must use his knowledge of symbolism and history to get him out of trouble.

The Blu-ray comes with a whole host of bonus extras, including deleted and extended scenes, a look at the character of Robert Langdon, a deep-dive into the film’s themes and much more.

To be in with a chance of winning, simply hit the tweet button above, and for a second entry, leave a comment to the following question.

When he’s not saving the world, Robert Langdon is lecturing students at the renowned Harvard University. But which famous actor or actress would you most like to have as your teacher? Maybe you’d choose Morgan Freeman, Sir Ian McKellen, Patrick Stewart or Matt Damon? Perhaps you’d choose one of Hollywood’s smartest females, such as Nicole Kidman, Natalie Portman, Meryl Streep or Kate Beckinsale? You could even pick a fictional genius, such as Tony Stark, Hannibal Lecter or Doctor Emmett Brown?

Whoever you’d choose, let us know in the comments below. Don’t forget to leave your Twitter details so we can contact you more easily. Good luck!