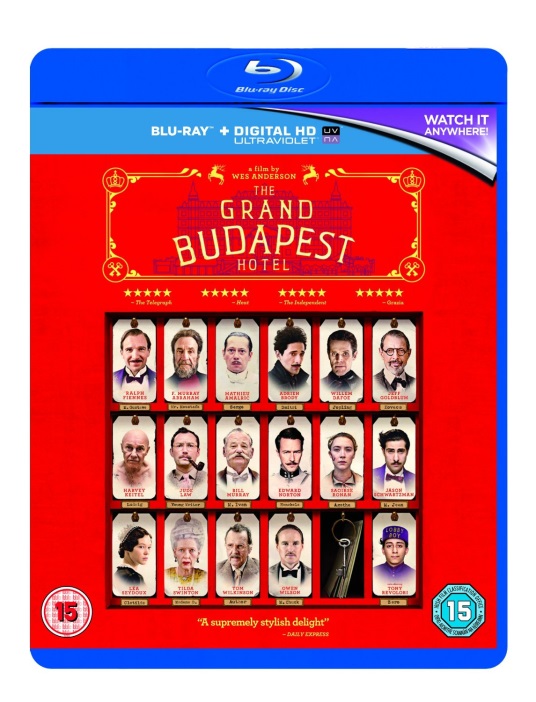 For this week’s Blu-ray Monday we’re giving away a copy of Grand Budapest Hotel on Blu-ray.

Grand Budapest Hotel recounts the adventures of Gustave H, a legendary concierge at a famous European hotel between the wars, and the lobby boy who becomes his most trusted friend. The story involves the theft and recovery of a coveted Renaissance painting and a raging conflict over an enormous family fortune. It boasts an all-star cast including Ralph Fiennes, Adrien Brody, Jeff Goldblum, Jude Law, Bill Murray, Edward Norton, Tilda Swinton and Owen Wilson.

The Blu-ray transfer is striking. Anderson and his cinematographer Robert D. Yeoman are obviously in a playful mood throughout this film, doing things like framing the sixties’ material in a warped fisheye lens manner.

Did you stay up and watch The 87th Academy Awards last night? Have you been obsessively catching-up on the highlights today? Do you think the best films/actors won? Who do you believe was wrongly overlooked? Who dazzled on the red carpet? Everyone has an opinion. We’d love to hear yours’.