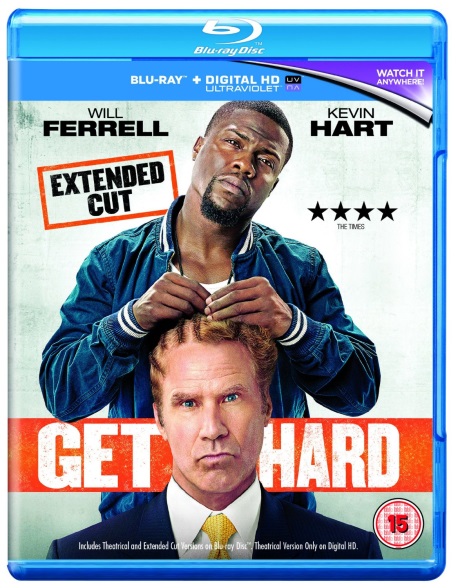 For this week’s Blu-ray Monday, we’re giving away a brand new copy of Get Hard.

Will Ferrell and Kevin Hart – comedy heavyweights in their own right – team up in this laugh-a-minute comedy about James King, a millionaire businessman who is found guilty of tax evasion and is left facing a ten-year stretch at San Quentin prison. After being left with just thirty days to prepare for a decade behind bars, King enlists the help of Darnell Lewis, the streetwise owner of a car wash company, who King mistakenly believes is an ex-convict. The pair then embark on a number of hilarious challenges designed to toughen King up and ready him for prison life.

Presented in 1080p HD with a lossless DTS-HD 5.1 Master Audio mix, Get Hard looks and sounds beautiful on Blu-ray. It also comes with a number of special features, including deleted scenes, gag reel and exclusive improvised scenes. For more information, check out High-Def Digest’s review.

There are many films and TV shows out there that depict life behind bars. Get Hard offers us a light-hearted and humorous look at prison, but it’s not always about the laughs. From the legendary greats, such as Shawshank Redemption, to the more futuristic Escape Plan or Lockout, each film gives its own spin on the genre. And then we have classic TV dramas, from Prison Break to Orange is the New Black. But what’s your favourite prison-based film or TV show? Which on screen prisoners would you most, or least, like to meet?