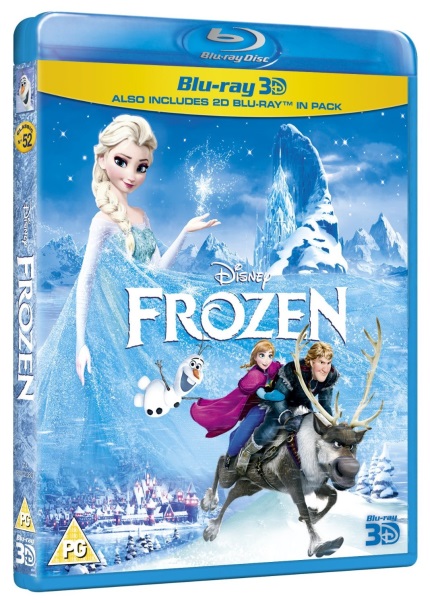 For this week’s Blu-ray Monday we’re giving away a copy of the much loved, global Disney phenomenon Frozen. Why? Because it seems the perfect Easter gift. Frozen is the reason why children (and their parents) are throwing their arms out wide, clenching their fists and singing Let It Go with wild abandonment.

Part of the film’s allure lies with its strong female empowerment message. The female protagonist Anna is fearless and optimistic as she sets off on an epic journey — teaming up with rugged mountain man Kristoff and his loyal reindeer Sven — to find her sister Elsa, whose icy powers have trapped the kingdom of Arendelle in eternal winter. Encountering Everest-like conditions, mystical trolls and a hilarious snowman named Olaf, Anna and Kristoff battle the elements in a race to save the kingdom.

To enjoy the film in all its glory, we’re giving away the Blu-ray version in 3D. So sing at the top of your lungs – you’ll be joined by Elsa and her magical powers.

Because it’s Easter Monday next week we’re running the competition over two weeks. As usual, you have two chances to win.

For your first entry, just click on the tweet button above. Then for a second entry, leave a comment below in response to the following question?

What is your favourite Disney song? There have been so many to choose from. Whether you’re someone who needs the Bare Necessities to get going in the morning or more of a Part of Your World person, let us know!