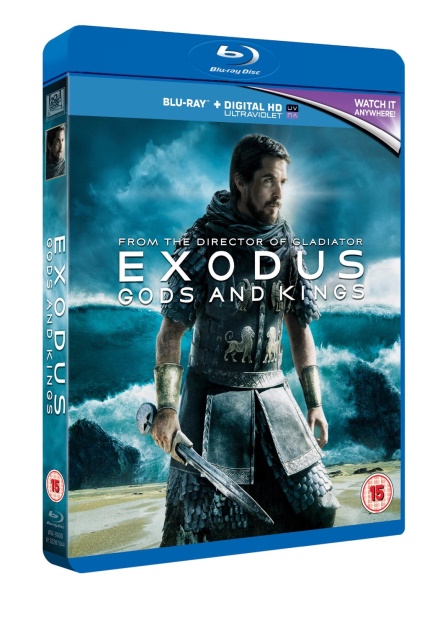 From acclaimed director Ridley Scott (Gladiator, Prometheus),  Exodus: Gods and Kings is an epic adventure about one man’s daring courage to take on the might of an empire. Using state of the art visual effects, Scott brings new life to the story of the defiant leader Moses (Christian Bale) as he rises up against the Egyptian Pharaoh Ramses (Joel Edgerton), setting 400,000 slaves on a monumental journey of escape from Egypt and its terrifying cycle of deadly plagues. On Blu-ray, the epic scale and technical acheivement of Exodus really shines through, while special features include deleted scenes, a historical guide and director’s commenary.

Christian Bale’s take on Moses is the British actor’s latest take on a well-known character, following his turns as Bruce Wayne in the Dark Knight trilogy, John Connor in Terminator Salvation and Patrick Bateman in American Psycho. In between those films, he’s also appeared in hits like American Hustle, The 3:10 to Yuma, The Fighter and The Machinist. So this week, we want to find out what your favourite Christian Bale performance is, and why. Do you like Bale’s intense, brooding performances as we’ve seen in the Batman and Terminator franchises? Or do you prefer the darkly comic stylings of his characters in American Hustle and American Psycho? Let us know in the comments!