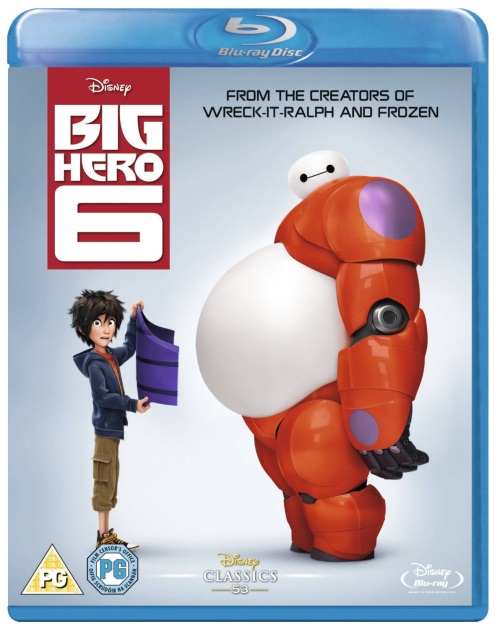 For this week’s Blu-ray Monday we’re giving away a brand new Blu-ray copy of Big Hero 6. This new animated film from Disney and Marvel received superlative praise upon release and even picked up this year’s Oscar for Best Animated Feature Film.

As an action-packed fantasy comedy adventure, brought to you by the same team behind Frozen and Wreck-It Ralph, its success was assured from the outset. Inspired by the Marvel Comics superhero team of the same name, Big Hero 6 tells the story of a young robotics prodigy named Hiro Hamada who forms a superhero team – including the adorable inflatable robot Baymax – to combat a masked villain.

The Blu-ray edition comes with a number of charming supplements include interviews with the animators, a guide to the film’s secret Easter Eggs (which include lots of references to mega-hit Frozen) and alternate sequences made just for fun.

What’s your favourite animated film of the decade so far? There are already so many to choose from, such as How to Train Your Dragon, Megamind, Puss in Boots, Rio and Despicable Me, and that’s before we even get to Disney and Pixar’s output, which adds Tangled, Toy Story 3, Wreck-it-Ralph, Monsters University and Brave into the mix. And how can we forget The Lego Movie, Paranorman and The Boxtrolls? Let us know which is your favourite and why in the comments. Can anything beat the juggernaut that is Frozen?