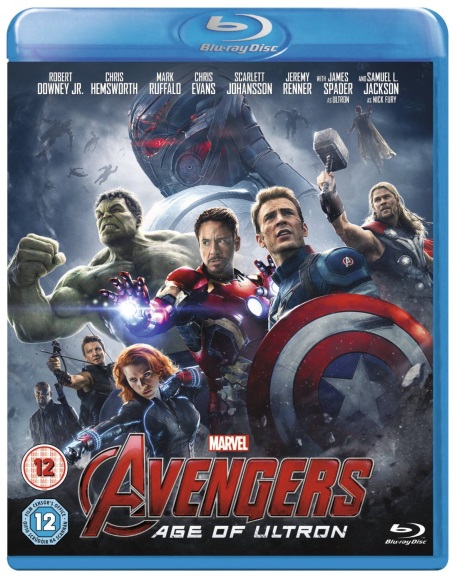 For this week’s Blu-ray Monday, we’re giving away a brand new copy of Avengers: Age of Ultron, the latest Marvel film to be released on Blu-ray.

The film features many familiar faces from the 2012 movie The Avengers, including Robert Downey Jr, Chris Hemsworth and Samuel L. Jackson. This time, our heroes must battle to save Earth from a dangerous and self-aware AI, created by Tony Stark himself, which believes that the only way to restore world peace is through mass human extinction.

The Blu-ray is presented in 1080p with DTS-HD Master Audio 7.1 surround sound, and comes with over 45 minutes of exclusive content, including a behind-the-scenes look at the movie, deleted scenes and a gag reel.

Last year, rumours circulated that Chris Evans may step down from his role as Captain America. He has recently put those rumours to bed, stating that he will play the role as long as Marvel want him to. What do you think of Chris Evan’s portrayal of Captain America? Do you think there’s somebody else who should hold the shield, and if so, who? What about the other characters? If there was to be a major shuffle of the cast, who would you like to see take up what role? Maybe you’d like to see Tom Hardy play Hulk, or perhaps Henry Cavill should take up the role or Tony Stark. Let us know what you think!