At last week’s IFA exhibition in Berlin, the great and the good of the tech world were on hand to show off a host of new gadgets and devices. Blu-ray was of course on the agenda, with announcements from Sony and Panasonic about new Ultra HD Blu-ray players. 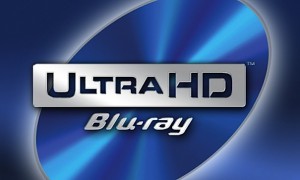 Sony is yet to release an Ultra HD Blu-ray player, but teased the arrival of its debut UHD machine at IFA. The company didn’t confirm a release date or even a model name at this point, but did let visitors see how it looks – with a design that reflects the recently released Sony UHP-H1 Blu-ray player. Speculation has already mounted that the player will be officially launched at CES 2017, so watch this space.

More forthcoming with details was Panasonic, which revealed the DMP-UB700. The player is UHD Premium certified, meaning it offers High Dynamic Range, BT.2020 color gamut, and – of course – 4K resolution. The player is also set to be one of the cheapest UHD Blu-ray players on the market when it launches in late October/early November, set to be priced around £400 ($785). What Hi-Fi takes a closer look at the device here.

Stay tuned for more developments in UHD Blu-ray fresh from IFA. And if you want some more info on the benefits of Ultra HD Blu-ray, check out www.UHDBDinnumbers.com.