The Lego movie has been receiving rave reviews from critics, so we thought this weekend you might want to check out some of the greatest other toy stories out there, all available to watch in high definition on Blu-ray. 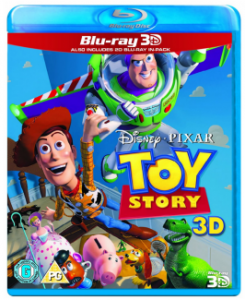 Toy Story is now legendary, but if you haven’t heard of it before, the movie focuses on the activities of a group of toys that come to life when humans aren’t around. Woody, a pull-string cowboy (Tom Hanks) is his owner Andy’s favourite, but he’s put out when the new Buzz Lightyear toy (Tim Allen) arrives as a birthday present and takes his place as top dog. Jealous of the attention that Buzz receives, Woody plans to win Andy back but the plan backfires dramatically when his actions lead to Buzz going missing. The Blu-ray and Blu-ray 3D come jam packed with snazzy extras including features on the design and making of the story, as well as an audio commentary and deleted scenes. 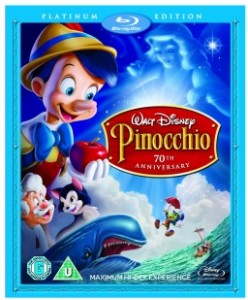 Released in 1940, Disney’s classic tale Pinocchio is one of the first ever animated toy stories. Wooden puppet Pinocchio is magically bought to life by a benevolent fairy to keep a lonely woodcutter company. With the help of cricket Jiminy (Cliff Edwards), Pinocchio has to prove that he’s brave, truthful and unselfish to stay human. To celebrate the 70th birthday of this movie, Disney released a Platinum Edition Blu-ray, which features “a remarkable collection of special features” including a behind the scenes documentary, a “staggering” collection of production stills and an alternative ending. There’s also a bunch of interactive games, including one hosted by none other than Jiminy Cricket himself! 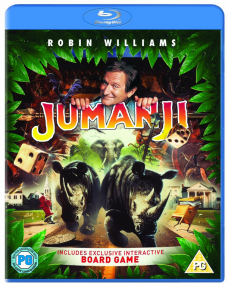 Fantasy adventure film Jumanji provides a unique twist on the traditional toy story. This time, it’s not the toys that fall into our world, but humans that are pulled into the toy’s world. The movie opens in 1969, with 12 year old Alan Parrish (Robin Williams) sucked into Jumanji, a board game he’s been playing. Fast forward 30 years, and a new family are playing Jumanji, and they accidentally release Alan. If Alan is to remain free, he must complete the game, but this proves to be a very difficult and deadly task. The Blu-ray features a dollop of fun extras too, including a digital, Jumanji themed trivia board game and behind the scenes pieces on making the movie.