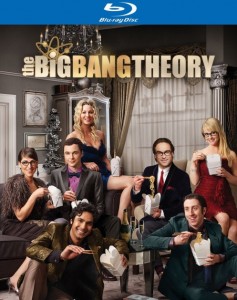 The latest 24-episode season of the hit CBS sitcom The Big Bang Theory arrives on Blu-ray on September 15th. As the most-watched entertainment series on broadcast TV, The Big Bang Theory continues to capture the hearts of viewers and critics alike, with original episodes averaging more than 21 million total viewers per week during the 2014-2015 season.

If you’ve somehow missed it over the past eight years, the show revolves around two genius roommates, Leonard Hofstadter (Johnny Galecki) and Sheldon Cooper (Jim Parsons), whose social awkwardness inspire so many wonderful comedic moments. In Season 8, with Leonard finally engaged to girl-across-the-hall Penny after countless proposals, the possibilities for happiness seem endless. What’s unknown is how this might impact the ironclad “Roommate Agreement” he’s entered into with Sheldon. Add to this, Sheldon’s uncomfortably close relationship with neurobiologist Amy Farrah Fowler, Raj’s newfound ability to talk to and date women and Howard and Bernadette’s solution to an in-house caretaker (their friend Stuart) for the always outspoken Mrs. Wolowitz, and the worlds of science and sitcom are about to hilariously collide!

Special features include interviews with the stars, a feature on the show’s superfans, the cast’s appearance at Comic-Con and of course the customary Gag Reel.