CES (the Consumer Electronics Show) is the annual global gathering that celebrates the most breakthrough and innovative advancements in consumer technology. The conference is a proving ground for forward thinking tech design and has been for the last 50 years. This year saw the debut of three new Blu-ray players with lots to offer anyone in the market for an Ultra HD upgrade. 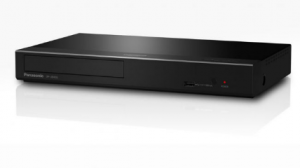 The first of two Blu-ray players debuted by Panasonic at this year’s CES was the high spec DP-UB450, which supports Ultra HD Blu-ray Discs and HDR10+. This compatibility allows the picture’s brightness to be adjusted on a frame-by-frame- basis, gifting the viewer a more detailed image than ever before.

The player also supports Dolby Vision and can operate Dolby Atmos via a third- party sound system or sound bar. This will give an overall immersive cinematic experience, allowing consumers to get the most out of their Blu-ray disc.

Prices and availability are yet to be confirmed. 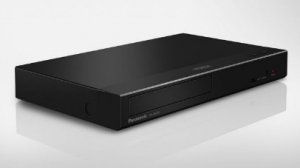 The second Blu-ray player debuted by Panasonic at CES 2019 was the DP-UB150.

Like the DP-UB450, it supports Ultra HD Blu-rays and HDR10+ for crystal clear viewing and Dolby Atmos passthrough, but doesn’t support Dolby Vision.

Price and availability still yet to be confirmed. 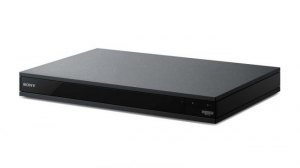 The Blu-ray player will also house streaming services like Netflix and Amazon Prime, which are built into its smart platform – bridging the gap between physical and streamable media.

Sony has announced the player will be available in May 2019.