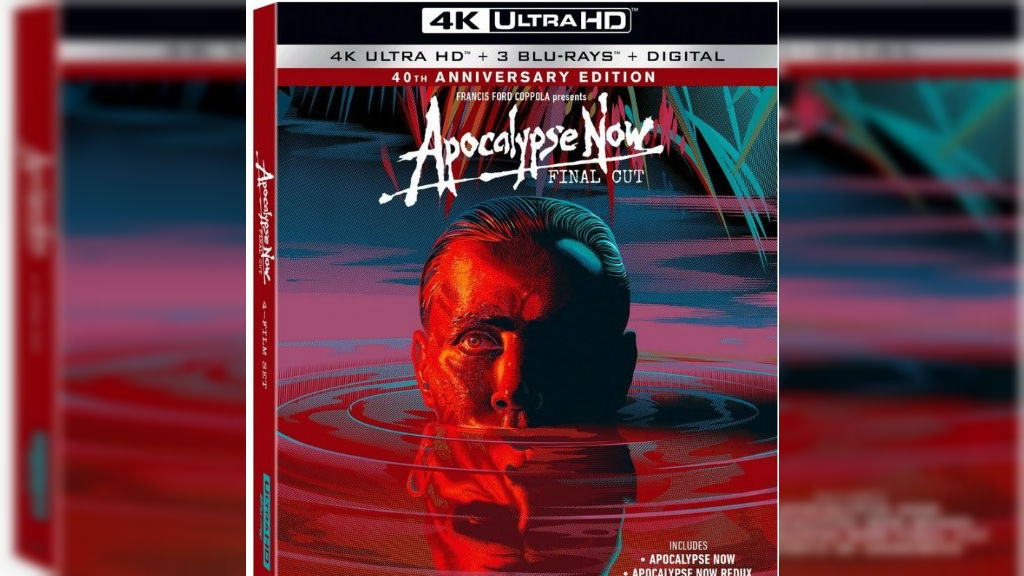 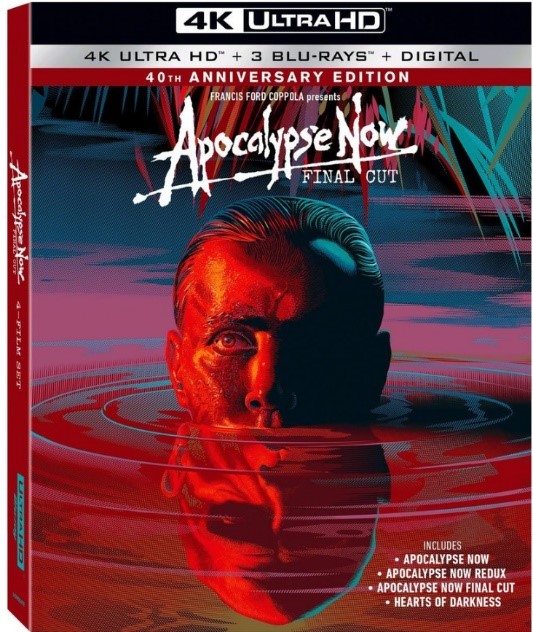 Francis Ford Coppola’s stunning vision of “The Heart of Darkness” remains a classic and compelling Vietnam War epic. Martin Sheen stars as Army Captain Willard, a troubled man sent on a dangerous and mesmerizing odyssey into Cambodia to assassinate a renegade American colonel named Kurtz (Marlon Brando), who has succumbed to the horrors of war and barricaded himself in a remote outpost.

This 4-disc Apocalypse Now Final Cut anniversary set also includes the film’s Theatrical Cut and Extended Cut (Redux), as well as the acclaimed Hearts of Darkness documentary. Loaded with hours of in-depth special features, the set will also feature tonight’s fascinating Tribeca Film Festival Q&A with Coppola and the prolific Steven Soderbergh (Sex, Lies, and Videotape), which has not been seen or heard outside of the festival until now, and newly discovered behind-the-scenes footage. The Apocalypse Now Final Cut 4K Ultra HD Blu-ray Combo Pack features new, collectible Mondo artwork and will be available 27 August.