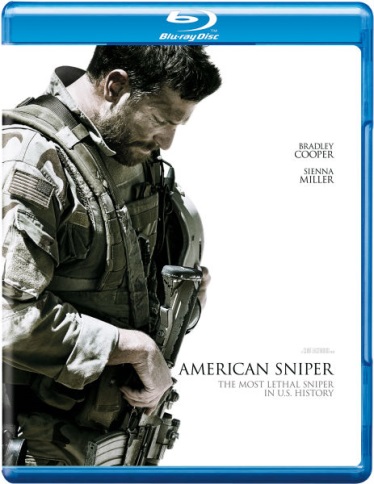 America Sniper has been described as Clint Eastwood’s welcome directorial ‘comeback’, reminding us that the theatre of war – a stark testing ground for manhood – may be the ideal stage for Clinton’s deft directorial talents. On the 1st June this tense and absorbing biopic of Navy SEAL sniper Chris Kyle, starring Bradley Cooper as Kyle and Sienna Miller as his wife, will be available on Blu-ray.

The film is an adaption of Kyle’s best-selling memoirs, a highly decorated SEAL who served on four tours of duty in Iraq before being honourably discharged in 2009. His pinpoint accuracy saved countless lives on the battlefield and, as stories of his courageous exploits spread, he earned the nickname “Legend”. He was such a skilled marksman that the enemy put a price on his head and made him a prime target of insurgents. Despite the danger, Kyle returned home from the war, only to discover it a war he couldn’t leave behind.

The Blu-ray promises some fascinating special features including One Soldier’s Story: The Journey of American Sniper’ about the challenges of bringing the truth of Navy SEAL Chris Kyle’s story to the screen.