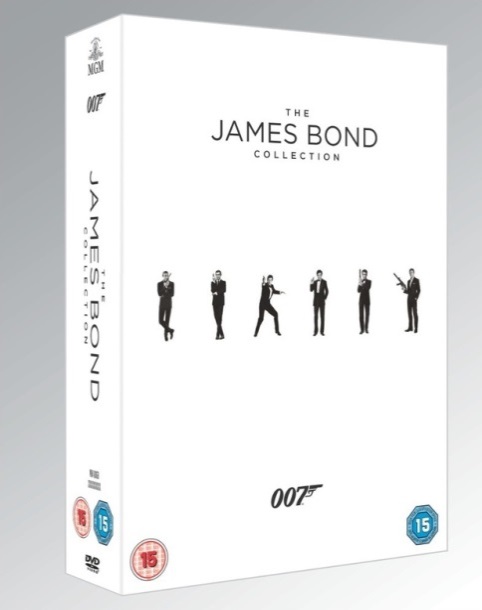 All James Bond movies to date are getting a special edition Blu-ray release before Spectre hits cinemas later this year.

The James Bond Complete Collection compiles the exploits of the world’s most famous spy on Blu-ray and will be made available from Amazon.co.uk on September 14. The set will feature all 23 films – from Dr No to Skyfall – a 90-minute documentary feature, a James Bond Movie Posters book, digital copies of the films and two documentaries: The Shadow of SPECTRE – an examination of the shady crime organisation SPECTRE and The Story So Far, which looks back at Daniel Craig’s three Bond films. Move quickly – expect the collection to fly off the shelves in the blink of an eye and a shake of a martini.

And that’s not just it. To add to the Bond fervour, limited edition Blu-ray Steelbooks for films featuring SPECTRE (From Russia with Love, Thunderball, You Only Live Twice, On Her Majesty’s Secret Service, Diamonds Are Forever and For Your Eyes Only), as well as Casino Royale, will also be made available exclusively from Zavvi. This is an exciting time for Bond fans – who “thought Christmas only comes once a year.”